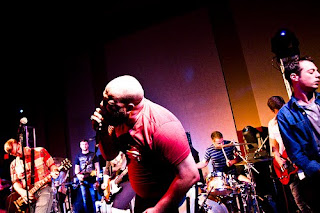 For a supposed hardcore act, Fucked Up are radical in their sense of sonic adventure. The brilliant Canadian band are dropping their keenly anticipated new album David Comes To Life through Matador Records in June, which has been touted as being a full blown rock opera set in the fictional British town of Byrdesdale Spa in the year 1977. The band are stupidly prolific, yet this will be only their third album proper, and it promises to be something insanely special - one of Sonic Masala's most hotly anticipated albums of 2011 for sure. Don't believe me? Try the two below tracks and deny your body from spontaneously combusting, then we can talk...
Fucked Up - The Other Shoe
Fucked Up - A Little Death
Fucked Up - Ship Of Fools 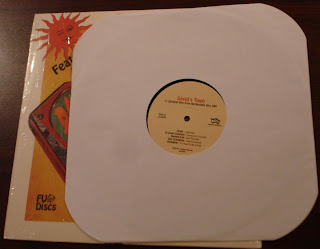 But this is not all. In preparation for the album release, Fucked Up released a compendium of tracks on Record Store Day called David's Town, claiming to capture the essence of the town and times of the 1977 of their rock opera. These eleven tracks are played by eleven forgotten bands of the era - or are they? In fact they are all played by Fucked Up themselves, trying on their late-70s musical genre impressions and various British accents. Its a fun concept album to put alongside all the other concept stuff these guys do - fuck they are awesome...