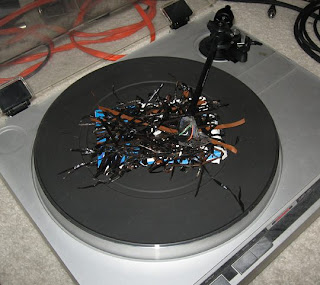 There was a lot to be gleaned from this year's Record Store Day, with lots of delectable goodies made for the occasion. Ive already mentioned the cool Black Angels EP - here are a couple others... 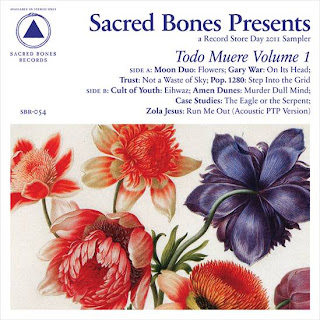 Ah, Sacred Bones, how I love thee! This Sacred Bones Records compilation, entitled Todo Muere Volume 1, marks the second Record Store Day exclusive we’re covering. It features plenty of bands (Moon Duo, Zola Jesus, Trust, Cult of Youth) who have recently graced our headlines, so in terms of compilations it doesn’t get much better than this. It was released in an edition of 900, and trust me, if you bought this just for one band, the rest would not disappoint. Seeing as this is from the Sacred Bones roster though, the line up is spectacular and the way its all been put together is as always sublime. 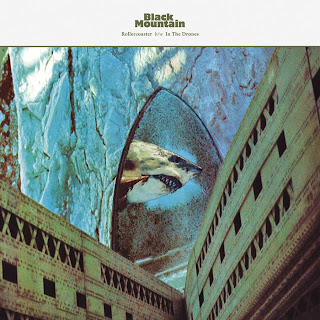 Next we have a 7" single put out by Black Mountain, Rollercoaster, from their album of last year Wilderness Heart. Even though I still maintain that this album isnt anywhere near as good as their first two, a rare Black Mountain track I couldn't miss, called 'In The Drones'. It was a mighty pick up... 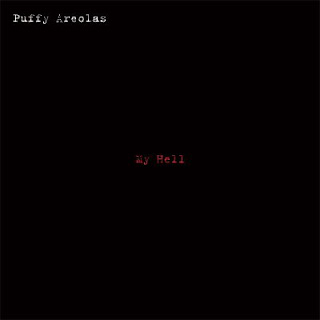 Finally (and this is easily my favourite of the day, although there are many great offerings that I will talk about over the upcoming week) we have the split between the two freakshows that put out two of my favourite albums of last year - Puffy Areolas and Purling Hiss. 'My Hell' is vintage PA, abrasive, shambolic, loud as hell, hedonistic and oh so orgasmic. 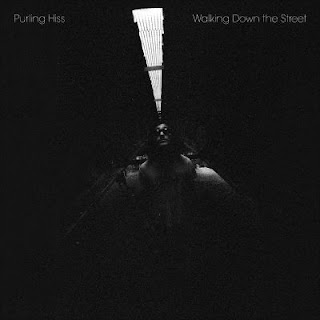 Then Purling Hiss hit us on the flipside with 'Walking Down The Street', which is just as toxic yet a little more contained. Which is a little sad in my opinion - on another release this song would have killed. but after following the unbridled mayhem the previous track unleashes, it merely seriously maims. Which is still killer, to be honest, and makes this possibly the best RSD release ever made.

Puffy Areolas - My Hell
Purling Hiss - Walking Down The Street