Bozmo The Clown's Giving Out Milksnakes And Golden Feelings... 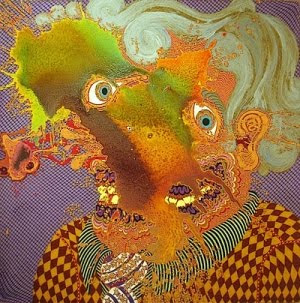 Got this nice little 7" in the post the other day by Bozmo, a warm, fuzzy rock band outta Boston. Both tracks on Golden Feeling are salivatory - rock gems that glint with inner goodwill and sunshine, despite the liberal dosage of barbiturates that are floating in the backwaters of this band. They are also shirking the fuzziness of many of their contemporaries and the inherent pop sensibilities thank them endlessly for it. It is pretty much a sound that was more attuned to a decade ago, yet its tracks like these that enhance rather than diminish any returns. What's even more exciting is that an album, Hosanna In The Highest, is following quickly in this here 7"'s footsteps. Its pretty relentless playability-wise though, so Im sure you can ride out the wait til that lil baby arrives

Email ThisBlogThis!Share to TwitterShare to FacebookShare to Pinterest
Labels: Bozmo