Hits From The Box #20 - Winter/Summer Disparity 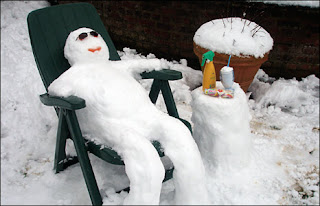 Its getting just a wee bit chilly here in Brisbane, Australia. Its not uncommon to wear jeans and long sleeved shirts for warmth - oh, the humanity! Meanwhile over in the northern hemisphere people are coming out of hibernation and praying blindly for a sunny summer this year. Many of my friends have headed to the sunny climes of Barcelona this weekend for the Primavera Sound festival - one of the best festivals on this planet, hands down - and they were excited about swimming in the sea! Well, good for them. I would love to have the capacity to fly over there for their summer months then come back in September - a perennial tan and everybody around you happy for a change. Unfortunately I enjoy rolling around in my massive wad of cash rather than spending it, so I guess there's nothing left for me to do other than another Hits From The Box! 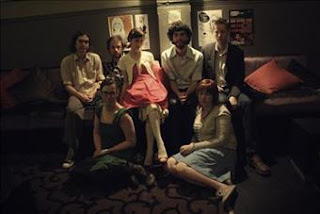 South Australia's Cheer Advisory Council kick off proceedings today. Boasting seven members at their fullest, the band have been playing since 2008, and are intent on reclaiming the bassoon as the rock instrument it always knew it could be. Their sound is hushed indie with emphasis on melancholic folk meanderings, all of which are highlighted on their album Distance (out on Big Rig Recordings). Using Low, The National, Midlake and Wilco as touchstones, Cheer Advisory Council will rise up into the national consciousness as the year progresses.

Cheer Advisory Council - An Offer Of Some Water 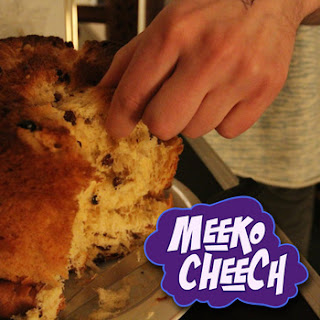 Meeko Cheech is an interesting creature. He's from Toronto for starters... (BAM!) Assuring me his sound emulated the likes of David Bowie, Brian Eno, MGMT, Jimi Hendrix and T.Rex, you can imagine my surprise when the lil EP he (real name Mike Mikocic - Mikocic, Meeko Cheek, geddit?) handed me sounded nothing like any of them. More like Meeko Cheek! Instead it came across as a more sedate, experimental Death From Above 79 if fronted by Courtney Taylor-Taylor. The more obvious emphasis here is on harder-edged slacker indie rock - all of which I think are pretty great touchstones myself. Yet it gets weirder than that - 'Emoticonnotations' could be an outtake from the soundtrack of seminal 90s film Joe's Apartment (maybe I just saw that recently in not the best state, so the reference is skewed, but when the shoe fits...) You can grab Capricorn Sideways over at his Bandcamp - do it, NOW! 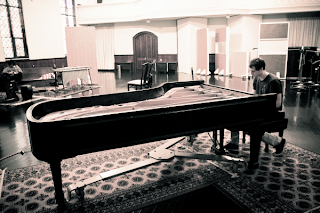 Alexander Turnquist is a guitarist/composer who uses his 12 string acoustic finger-style approach in creating very dramatic and emotionally engaging music. Turnquist started playing at a young age with an experimental approach from the onset, and has always held to the use of the acoustic guitar as the driving force and foundation in his compositions. In addition to his guitar playing he cleverly writes into his compositions accompaniment in the form of mallet percussion instruments, strings, and piano. He is on the cusp of releasing third LP Hallway Of Mirrors (on VHF Records) - at the ripe age of 23. Just immerse yourself in eight minute 'Spherical Aberrations' and marvel in the majesty and control contained within. Turnquist is a true master of his craft. 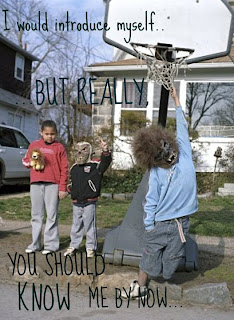 Robot House are a small act out of Manchester, England (not to be confused with the punk band from New South Wales, Australia by the same name). They have a demo EP out on their Bandcamp cheekily titled I Would Introduce Myself But Really You Should Know Me By Now. Its four slices of indie grunge. Its first two tracks are better than its second two - the band sound way better when going foot to the floor rather than slowing down. There needs to be menace there. Potential though... 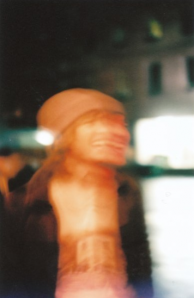 Another youngun, gah! Austyn Sullivan is a 20 year old self-titled ambient project currently residing in Baltimore, Maryland, originally from Mandeville, Louisiana. Sullivan experiments with murmured vocals beneath the surface accompanied by repetitious melodies which creates a wave of thought and emotion. Talk about prolific - check out this dude's Bandcamp! Lots to wade through for sure, and the vast majority of it is good quality. Sullivan is currently working on a full length album titled Recollections Become Phantoms. The track below is much more ethereal than some of his other stuff - he is covering the gamut of drone and its possibilities.

Austyn Sullivan - A Waltz (To Wonder) 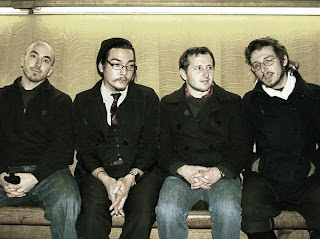 Based in Denver, Achille Lauro are an eclectic pop/rock band that bear a few resemblances to the likes of Akron/Family in their stilted, skewed take on pop structures. They also really really enjoy music. Music's fun to write. Fun to work to. Fun to drive to. Hell, it's fun to fuck to. In general, music is fucking fun. With that said, here is one of their grooves, 'Low Cha Cha' which will be released June 10th. A friend of mine said after hearing this, "This is what Maroon 5 could be if Maroon 5 were actually good and weren't a bunch of cunts." OK, I admit it - I said that. And it holds true. Modest Mouse as funk even...without the C-Bomb. 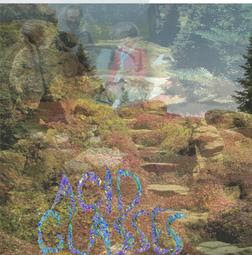 Yes, that's right, Im breaking the nice six pack routine today, as Im feeling extra generous! (Possibly because Im seeing Propagandhi tonight and am looking forward to some reminiscing, if the politico punk is not up to scratch...) I received this email a while back actually from Acid Glasses regarding the two tracks below. Formerly 3D Acid Glasses, are from Memphis, Tennessee. Theirs is a sound of a hazy daydream in a dimmed room with wan light seeping through the slats of the venetian blinds. This is elegiac psychedelia. They have just digitally released their debut single 'Polnara Setera' via Stroll On Records. The B-side, 'Sloppy Surfin' is damned ace too - like the Beach Boys jamming with Black Lips, but played on a warped piece of wax with granules of sand permanently etched into the grooves.