Getting Into The Family Portrait 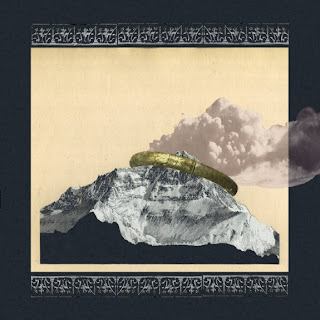 Paul mentioned waaaaaaaaaaaaaaaaaaaay back in the first couple months of Sonic Masala's inception the New Jersey band Family Portrait, naming them an act to keep an eye on. Well he wasn't half fucking wrong! They have brought out their self titled album about a month or so ago on Underwater Peoples (Real Estate, Julian Lynch), and its a heady slice of genres headed by a lead singer that is having a whale of a time. I know that I was most likely going to like this album - Paul was right when he said that 'Mega Secret' was an ace track - but I wasn't expecting to like it so much! 'Wait' reminds me of another small band I like, Rare Grooves, yet more accomplished and warm. That is the innate factor here - its so warm and fuzzy! I want to down a few cans of beer, get my buzz on and just float around with the goofiest grin on my face! Seriously, listen to this! As if you can get away Scott free from its salubrious charms! Its not afraid to step outside the fuzz quadrant! Its fully of watery, shimmering hooks! The lead singer is laconic! The band have a rich seam of fun that only they know how to tap into! I need to lie down!

Family Portrait is out now on Underwater Peoples - buy it here.