Hits From The Box #19 - Gallapogator Rock 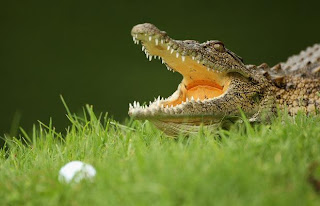 Ah...I apologise kids. I missed a Hits From The Box in only the second time since its inception some five or so months ago. Why, you ask? Because I was getting boozy playing golf. Kinda befitting seeing as the pub is often referred to as the 19th hole in golf circles - which I must strongly stress I am not a part of, my efforts last weekend attest to that - and this being the 19th edition of Hits From The Box. So, I hit triple figures, but to let you know the calibre of the competition, I came second overall. Yep - booze over backswings, every time... 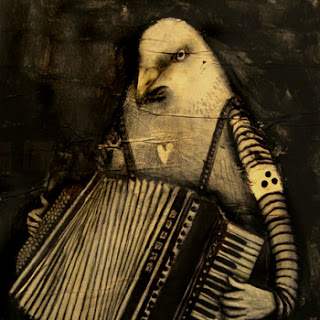 Im pretty happy with the six we have coming your way this week! Leicester, UK five piece Her Name Is Calla takes up pole position today. Maw is the double A-side single release follow up to their lauded last album The Quiet Lamb, and it is three tracks of rock that never shows its hand, always on the move like a sinewy creature of the shadows. The title track gallops along with barely contained ferocity, whilst on the flipside 'The Beat That My Heart Skipped' takes its foundations to heart, barely rising out of the minimalist slant it sets up for itself in its opening chords. 'Dreamlands' closes out the 10", and a good one too - a more "traditional" Her Name Is Calla track, which ignites both sides of the coin and draws out the result. Denovali Records is offering up the release in limited release 100 clear gold + black haze vinyl, then 200 black vinyl copies. Nice... 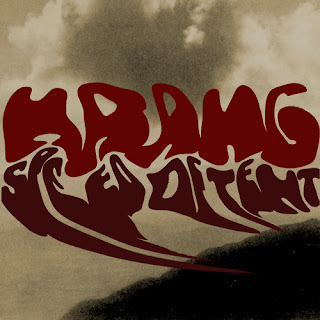 Krang are from Edmonton, Canada. Speed Of Tent is an electric 7" out by Mammoth Cave Recordings, and it offers two sludgy slices of garage psych that is tantalising in its griminess. If getting grti under your fingernails could be considered a good thing, then Krang would be it. 'Speed Of Tent' is as ferocious as it is mind-bending, whilst the more elongated 'Spirit Animal' turns down the volume, picks up the acoustic and kicks the reverbed vocals into overdrive, before dissolving into a devilish dirge. Its these skewed notions that make Krang something to behold. And I dont know much about them - but isn't Krang the name of a villain from Teenage Mutant Ninja Turtles? The evil brain creature? Please let that be the genesis of the name... 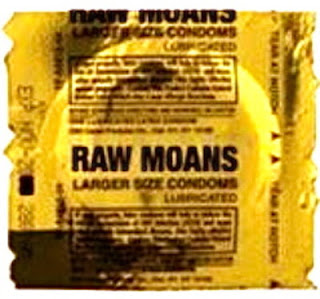 Ah, Raw Moans. They have been mentioned here on Sonic Masala in the past, but usually due to collaborations with the likes of Lester Brown or Mickey Mickey Rourke (or both as Mickey Brown...). But they do put a lot of music out in their own right, and currently are offering an EP entitled SAFE SEX. Produced by Chill Pullman, the EP is a concept that re-works songs from musicians that have been affected by HIV-AIDS. The single off it, 'That's Us/Wild Combination', an Arthur Russell cover, is decidedly psych-laden, despite the dream pop wooziness that Raw Moans normally offers - and is a delicious track to boot. Plus have another track off it - we're feeling generous! 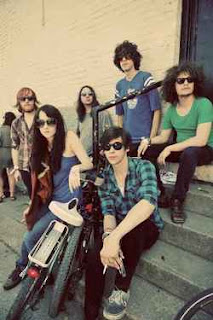 Kentucky's Sleeper Agent are about to hit the road and garner a lot more interest, as they are in tow of growing upstarts Cage the Elephant and Atlanta's Manchester Orchestra beginning May 27th. The band are using it as the launchpad for their debut album, Celabrasion, on mom + pop music this August 16. The band make hook-laden scuzzy garage-pop rooted in both soul and Southern rock - citing influences such as Jay Reatard, The Strokes, Pixies, T-Rex, The Beatles, and Led Zeppelin should give you an idea in what terrain we are headed. Lead single 'Get It Daddy' is decidedly precocious, obnoxious, rambunctious, and fairly ridiculous - and it all works.

Get It Daddy by Sleeper Agent 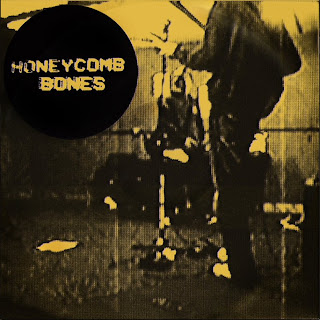 We need some new scuzzy tunes to fuel the whisky tinged blues, and Honeycomb Bones just about fits the bill. Their Evil Age EP is full to brimming with sleazy drawling rockabilly, too laconic for its own good but not without its own sense of malice. And to think they hail from the UK? Even more bewildering is that these guys are unsigned! Id be happy to make them the first on the Sonic Masala label roster - if we were that far ahead, that is. We aren't - Im a slack sort - but Im getting there. In the meantime, jump on Evil Age ASAP. 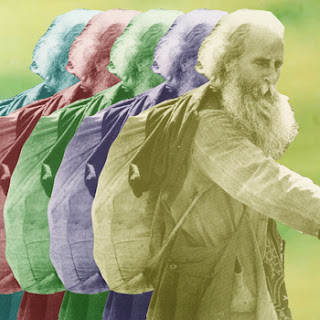 What a fitting conclusion! Hailing from Austin, Texas (like just about a gazillion other ace acts), Midnight Ghost have procured the elixir to rock n roll in the form of 7" single EighteenMillion/Jumble. It may be fairly fuzz and echoey, yet the incessant buzz, basic driving rhythm and iconic surf guitar had me soaring, and helped me tap out of the fugue I was approaching when a hangover seemed inevitable. And for that alone these guys get pass marks. Then 'Jumble' prepared more for a healthy, breezy nap. Midnight Ghost, my boozehound saviours.