Natural Child's Not In It - They Live It 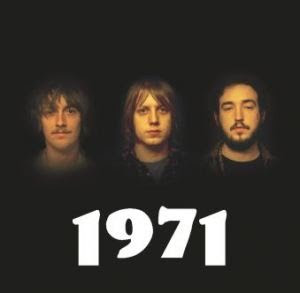 I first heard of Nashville's Natural Child earlier this year when scouring the Scion Garage A/V split series and found their 7" collaboration with The Strange Boys (read and check out their track 'The Jungle' here). Well, these retrobates released their debut LP, 1971, last month, and I can safely tell you that they have lost none of the rambunctious, ramshackle blase brilliance that is hinted at in that previous release. The band continues to pipe along on their marriage of blues, punk and garage, embracing Lynard Skynard as quickly as they do Black Lips, and above all waving the flag of getting blitzed like its a commandment from God. Maybe it is.

The album title couldn't be any more apt either - these tracks sound like they've been ripped from the bargain basement of Championship Records. It is definitely adhering to the DIY ethos that is what upholds most garage rock's current recordings, yet it sounds so at home here. This is the perfect soundtrack to a crazy, boozy, drug drenched night with your tightest, and the album to throw on the morning after when reliving those heady highs and laboroius lows. Even when tracks veer away from these themes, such as the Ono-enlivened 'Yoko', with its lurking dirge-like psych riffs, Natural Child hold it all with a sense of jazzed virility that is so potent its hard not to become pregnant with manic expectation - anything can happen, and most probably will. Above all, 1971 just fucking rocks.