Maternally Gutted By The Wizard Tree 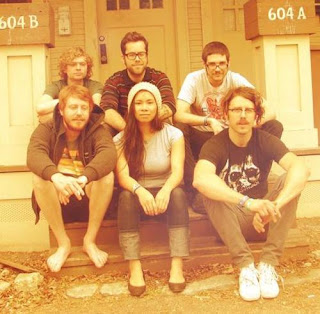 Family Time Records threw me a line a week or so ago about Mothers Of Gut, a band who have been floating around Southern California on their own supply of high times since 2007. I dont know much about them other than this track, 'Wizard Tree', off the new album Unking, which has just been released on 12" vinyl. If the album, the band (essentially the brainchild of one Aaron Freeman)'s second album, is anything like this track, its gonna be an amazingly earthy psychedelic release. It woozes its way along in an echoing cryogenic chamber before breaking out into a vibrant forest, suddenly triumphant. The now-four-piece made it outta the West and to South By South West in March, and so that means they could be headed anywhere! Hopefully we will be hearing a lot more of these guys very very soon...

And as Im yet to hear the album proper, here is a great review of it...