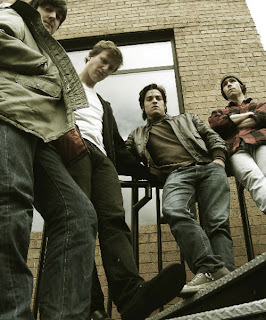 I havent really had anything going around the record player from great label HoZaC Records lately, which I thought strange - then I received this little cracker. Sons Of Stone is the debut LP for a Michigan band called The People's Temple (nice connection to Jim Jones, love it!). This is similar to The Paperhead record I harped on about last week in that the sound these guys have mastered is so steeped in vintage late 60s/early 70s psych folk rock that its hard to fathom this album not coming out of a time capsule, alongside Marty McFly's Almanac (although that was in 1955 - but time travel is a finicky thing...). This is psych rock at its most languid and lethargic, laying serpentine grooves over tracks like 'Sons Of Stone' and 'Led As One' Just when you thought it could be ground down any further, along comes 'Sons Of Stone Revisited'... Yet the best part about these tracks is that there are riffs here, riffs that will latch on to you for days. Yet this isnt a epic listen - with fourteen tracks on here creating an album of 40 or so minutes, and with lots of variety in amongst the throwback jams. But its not just that that makes this essential listening - its the vitality of it. A lot of bands mining the back catalogues of yesteryear sound like retreads - The People's Temple sound like they are actually living it. And they are two sets of brothers, who may or may not be telekinetically linked. Either way, forget about the Followill's - along with Pontiak's Carney Bros, Ill follow this People's Temple into the jungle and gulp down the Kool Aid... 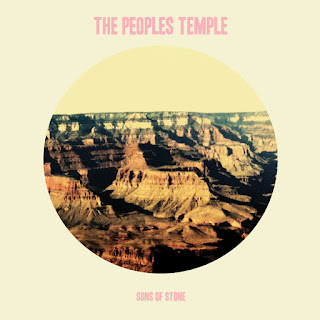 The People's Temple - Sons Of Stone
Posted by Brendan T