Surf City Knew It Was Going To Be Like This... 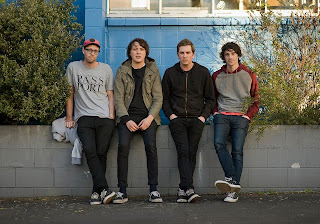 We here at Sonic Masala are big fans of Kudos, NZ band Surf City's debut record of 2010. The follow up is on the doorstep, and we're glad to report that We Knew It Was Not Going To Be Like This (the title pilfered from an overheard snippet of conversation in a South Korean bar) is another cracker. What sets Surf City up as an impressive act is their propensity for psychedelic meanderings and barbed outros, adding steel and vice to their guitar pop mantras, and We Knew... is even stronger for this sense of bolstered, distorted bravado. There is more of a sense of autobiography this time round - NYC is a raucous growl that explicitly highlights songwriter Davin Stoddard's stay in the Big Apple trying to write and record the album on his own, whilst It's A Common Life alludes to a society of transience and half-ways, people being run on the hamster-wheel whilst others gloat and stuff their ruddy cheeks. This anxiety, rather than tone the vibe down towards a maudlin internalisation, only serves as another outlet for Surf City's innate sense of melody and hooks - there is nary a track here that doesn't have at least one moment that makes you grin and think "yeah, that's how you nail it". Whether reflecting with cheer or chagrin, Surf City are in charge, out front, and on top. 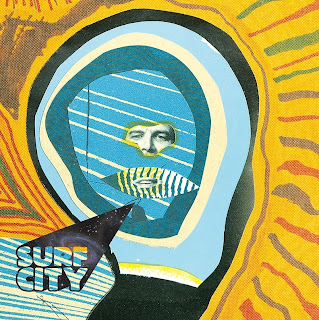 We Knew It Was Not Going To Be Like This is coming out in two weeks through Fire Records - pre-order it here.