Spectral Slumbers Left Up On The Mantle 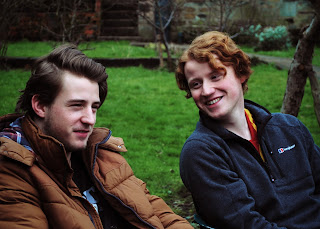 It's funny how people's taste can be so similar yet so different. A good friend James is into the Fortuna Pop!/Slumberland Records camp 4 lyf, loving the twee ambling pop that comes from these stables. I tend to find that I have to tread carefully in this realm, as for every Veronica Falls there is a mortally twee release that just rubs me up the wrong way. So we often find ourselves at odds when discussing records of this ilk, and nothing has polarised more than Yorkshire bro's Spectrals. Whilst I didn't think much of their debut Bad Penny (here's what I put here), James raved about it being one of the better releases of 2011. Sob Story is their sophomore release, and the tide has turned. Whilst James laments the Jones' turns at countrified twang, I find these slower rambles disarming, especially the title track (probably James' most hated song, so there you go). Louis Jones' voice is incredibly stronger, the confidence dripping off every phrase, whilst the jangly guitars are pristine (thanks to ex-Girl(s) JR White's pretty fantastic production work). I was not expecting much from this album, but from the jumpy washes that echo through 'Milky Way' to the college-radio ramble of 'Karaoke', Sob Story barely puts a foot wrong here. If I still had a car, this would be jammed in the player ad nauseum. Great stuff. Yet James and I kissed and made up over Long Enough To Leave, the second LP from San Franciscans The Mantles. I was quietly confident about this one - their Raspberry Thighs 7" from 2011 was a fave of mine - and whilst it mainly avoids the scuzzy garage leanings of prior releases, The Mantles are becoming masters of their minimal garage pop realm. It's still ramshackle, it's filled with more hooks than Moby Dick, it still feels like it's been recorded in the rickety shed at the farthest reach of the backyard, fuelled with cheap wine and Beatles regalia - and it still enamours endlessly. Again, confidence plays a part here - there is no cacophonous outburst because bluster and subterfuge isn't needed to distract from what are essentially warm, relatable pop tunes. 'Reason's Run' is currently my favourite track on here, with it's more ragged, dangerous preamble ('When you saw me ahead, you should’ve crossed the street… you must be more careful about who you meet"), but it's hard to sit still on this. Think early Paul Kelly, the Feelies, the Clean - think whatever you like. The Mantles are holding the whole room together, and it's about time you noticed this. 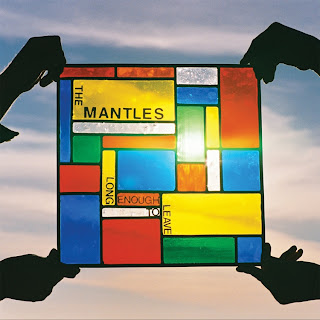 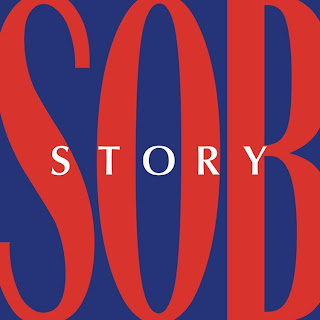 Both albums are available through Slumberland Records - you can get them here.
Posted by Brendan T