Soft Metals Heat Up The Lenses 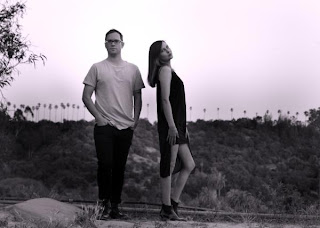 Extending my synthetic sounds is Lenses, the second LP from LA band Soft Metals. I'm struggling to fathom what synapse have finally switched on to this, but I'm sinking into this duo's propensity for meticulously produced beats that manipulate your soul, a mind-bending surrealist trip through red-tinged hallways, velvet-walled back-rooms and illicit dreams. The insatiability of lust-fuelled desires spark the flames here - I feel embarrassed to listen to this in public. Patricia Hall's breathless vocals echoes of drugged, wanton abandonment of inhibitions. Ian Hicks's plaintive, prog synth production bleeds out from one track to the next, but that also helps give these tracks their potency - an iron lung of forbidden thoughts, feelings, tastes. Don't be surprised if they sell this in nondescript paper bags - this is volatile, virile, and violent in its overt coquetteishness. Impressive. 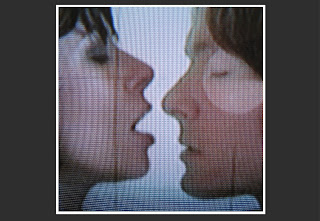 Lenses is out on Captured Tracks now - grab it here.