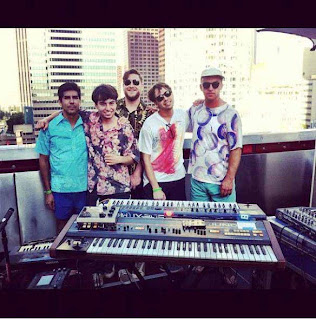 At the peak and the immediate decline of the ancient Egyptian kingdom, the leaders of the country - the pharaohs - started to forego their simple presence as being the human incarnate of the hawk god Horus (protector of the sky and land) and started to impress their own personality on their country. This essentially was the first time we saw "celebrity culture" take place. The fact that each pharaoh became the new embodiment of Horus didn't matter; it mattered only to have your individual name on things, your face on things, one hundred foot statues of yourself in cities you built in your image. The hypocrisy of such a notion struck no one - if the same god, why the need to individualise? To compete with who came before? It didn't matter - it just was. 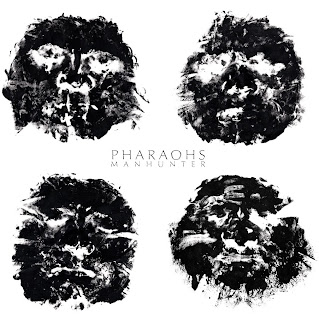 LA's Pharaohs eschew a current trend to evoke tenuous Egyptian links with beach pop/rock acts yet still are an apocryphal entity, their focus and solidity wavering wraithlike from spliced genre to spliced genre, from day to day. There is no real connection to what the five-piece are doing on their two current releases - Manhunter through Intercoastal Records, and Replicant Moods on 100% Silk - to a form of individualistic legacy, yet niether is the band look to merely emulate past mentors - which is what makes their trajectory so intriguing. Take Manhunter's approach - three slabs of confetti gristle; burning the coals of early languid EDM, stoking that fire with ghosted kosmiche and the occasional brazen act of depravity - that sax on 'Nature Lovers' should have it's own phone line to be inundated with listeners who fall off the wagon into sexual despair after it is played. These are dance tracks, aimed at getting you filling the floor, but not necessarily as a willing participant - that uneasy feeling that something isn't quite right continually pervades the record 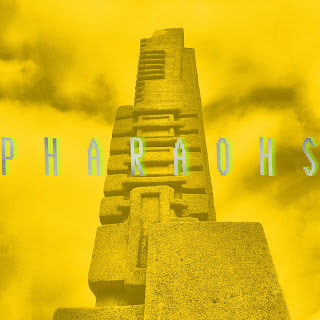 Then there is Replicant Moods, which would be a more straight-up, hammer-and-tongs disco belter if it wasn't so concerned with shifting parameters at each interim. There is a fuzzy hedonism imbued here, something that is spirited and vivacious. Pharaohs seem incapable of taking the process seriously, intent on filtering their synth melange through variants of genre staples until their form is no longer rigid - a malleable trance that can peak and dive at whim. Replicant Moods is an effective moniker - it appears to play on the notions of the past, dance music ticked off via chronological nitpicking, yet as if done by someone who has not lived it, has not experienced it, a Cro-Magnon Man for the disco field.

So who actually IS Pharaohs? It's hard to say - the face is interchangeable; they seem content to rewrite their stelas, their manifestos, after each campaign. But that is OK - because if they are always the embodiment of Horus, then their will is good, right? RIGHT?

You can buy Manhunter here, and Replicant Moods here.

Email ThisBlogThis!Share to TwitterShare to FacebookShare to Pinterest
Labels: 100% Silk, not not fun records, Pharaohs