A Solemn Prince And Marquis 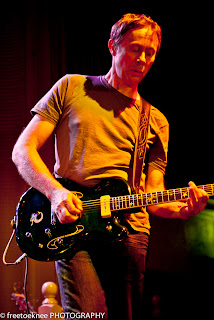 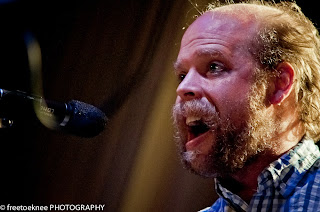 My insides are a bit bruised and battered today - not because I'm hungover, but because the Bardo Pond/Dreamtime/Pale Earth show at the Zoo last night was that good. I could have watched Clint Takeda on bass for hours whilst Isobel wails and wigs out, the Gibbons brothers keeping the cosmic sine waves a-flowin'. So today I need a cruisy placebo, to lull me out of my shell and back into the world again.

Cue yet another collaboration from eminent folk visionary Bonnie "Prince" Billy, this time fusing with le Marquis de Tren. WHO? I hear you ask? Well a quick glance at the artwork will give it away - that would be Mick Harvey's brushstrokes at play. The duo are joined by fellow Dirty Three-er (and one of the most underrated drummers on the planet) Jim White, and current Billy junkies Angel Olsen, Emmett Kelly (AKA The Cairo Gang) and Van Campbell (Black Diamond Heavies). Put out by Drag City, Solemns is a three-track EP that threatens to erupt without truly doing so. The final track is worth the price along - Olsen and Billy trading anguished vocals as Turner's iconic guitar lines take us in strange realms (Primal Scream's Bobbie Gillespie described his playing as being like "the way that stars are spaced out in the sky" - spot on man), White's drumming the pitter-patter of falling fire coals, the apocalypse is nigh...before the maelstrom dies away, the trees right themselves, and the end of times holds off for yet another day. It's subtle, almost non existent at times, yet Solemns is a curio that is worth taking a dip into. 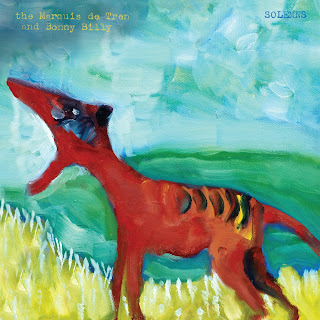 You can buy Solemns from here.