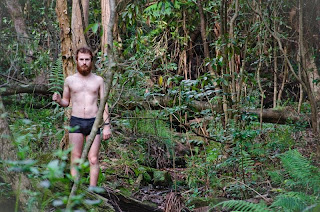 Charles Buddy Daaboul is probably better known as the guy who bashes things for No Art, the Sydney-based minimal noiseniks. Or maybe not - but if you need educating, No Art just brought out the Forest/Dead Arm 7" and did this little thing with members of Unity Floors and Making for Mess & Noise which was quite interesting.

But we aren't here to talk about Daaboul's band - just Daaboul himself. He has his own niche musical melange of sounds to air and ware, and his latest sonic installation is the Three Colours Green EP 7" which is coming out next month. Stepping to the forefront, lo-fi guitar pop jams all a-jangle and fandangle, Daaboul is a beguiling presence, an amusing figure who nonetheless commands express attention. The four tracks on the EP show a continued growth as songwriter and wordsmith, yet with an acute handle on the quirky and surreal. It doesn't break a sweat, nor does it veer into the mundane without staring at the sky in childlike wonder. And he loves his cricket, having a previous track devoted to the backyard variety, and expressing his desire to be on the top of the world and never to worry about losing, "just like the 90s Australian cricket team." How things change, Charles - did you SEE that Khawaja dismissal? We have much to console - at least you have your music to soothe your troubled soul... 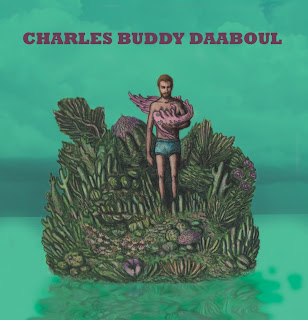 You can pre-order Three Colours Green here. Charles Buddy Daaboul is hitting the streets to drop this into your laps live, and Sonic Masala is proud to include his 7" launch as part of our next Waiting Room event on Friday August 23. Daaboul will be joining atmosphere-fearing psych journeymen Silver Screens (who are also launching their album), magnetic doppelgangers Multiple Man and squalling scion Kigo. Check out the event here, and make sure you come along - fun fun fun.