Caught Up In The Jacuzzi, Boys 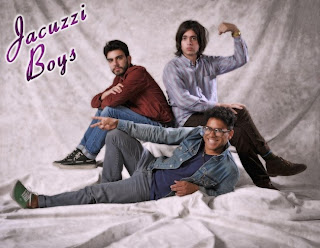 Miami garage bastards Jacuzzi Boys are preparing their third album (self-titled, it'll be out next month on Hardly Art). There have been glimpses of what to expect on this album - things have been glossed up, sanded out, refined, retooled. The two tracks on offer are two sides of the same adrenaline-fuelled coin - 'Domino Moon' is crystalline in sound and urgent in purpose, a gritty heartbeat hidden beneath shimmering production, whilst 'Be My Prism' is 60s bubblegum pop-psych re-appropriated for 21st century fringe-dwellers (with a Sgt Pepper's horn section bizarrely coming out of the woodwork), both of which are consumed far too quickly. Can you get an earache from listening too quickly? Jacuzzi Boys know the answer. 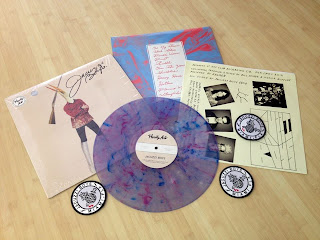 You can preorder the album here - look at the package! Golden.