Hits From The Box #69 - Drinking The Day's Pain Away 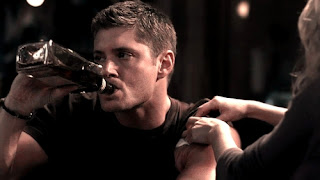 Wow, what is going on with this week? It just seems to be...dragging...on...so...loooooooooooonga! I've called one colleague a dick (as in "Come on, you aren't a dick, are you?" when replying to what turned out to be an earnest plea for assistance) and accidentally given a 14 year old a bleeding lip (seriously, if you are going to ask me to play basketball, expect to be playing with the big boys...) At least I have the second Sonic Masala solo show on tomorrow to look forward to. That, and this bunch of inbox hits. Still, some booze might help speed things up - or wash things away - either would be nice... 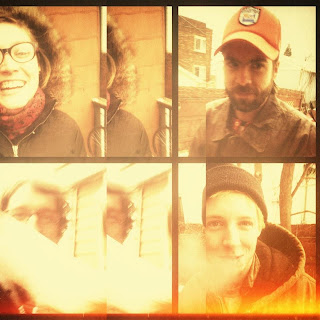 I received Swim, the 7" EP by Minneapolis' Diver Dress a month ago, yet have been majorly slack about throwing it on. My mistake, for the five tracks here are capsules of garage cyanide, angular anarchy, popsicle pop and sand in between the toes of the Flying Nuns. Special merit goes to the steely foundations at the core of 'Untitled 1', breaking into a blues-doom disintegration by song's end.  The four-piece have already graced stages alongside The Intelligence and K-Holes - expect these rock contusions to grow and fester. 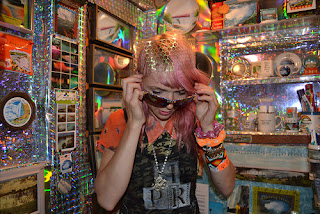 Over to Canada, Toronto to be accurate, to be beguiled by Petra Glynt. This avant-garde popstress has something pretty special going on here. Her EP is equal parts hammering, beguiling and frustrating, with Glynt frequently hiding her clearly strong vocals underneath distorted tribal manipulations, unforgiving clatter and noise. Its the kind of basement DIY electronic strangeness that we see spring up out of the dirt in many vibrant scenes around the world (we've mentioned Healing Power Records and Weird Canada on Sonic Masala in the past, and Australia has New Weird Australia whilst Brisbane has its fair share of unheralded gems in this realm), and Petra Glynt could be on the verge of breaking through to actual recognition beyond the pale of her hometown comparisons into a wider feeding pool. I hope she eats them all alive. You can get her Of This Land EP here.

Crypts are an art rock aberration out of Shoreditch in London. They are a rambling, synapse-frying free-for-all that take on the lysergic, hallucinogenic, carcinogenic shoes that Liars slip on when they feel like getting down, dirty and decidedly weird. The track 'I Fell To Nothing At All' is emblematic of the band's MO, hence its elongated time and aimless yet apocryphal approach - an extended play in one take, highlighting what to expect when the band release their debut release proper later in the month. I'm still a little confused as to what these guys are about, but I for one will take the journey to find out. 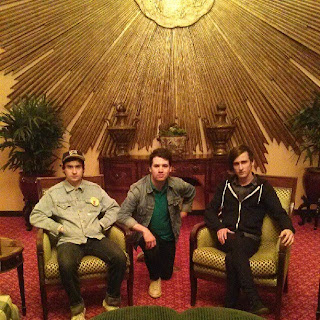 I tend to be a big fan of most bands that come out of Louisville, Kentucky - and White Reaper hasn't proven this theory wrong. Their White Aura album is pretty great (well, I liked it the one time I listened to it yesterday) and their latest release is even more arresting. Their Conspirator/The Cut 7" is one of slightly nihilistic, yet mainly flippant, rampant garage punk rock. It's the kind of thing I love, and I'm not alone, as they find themselves on the Cropped Out bill for this year (others visiting this year's festival - Endless Boogie and Wolf Eyes. Fuuuuuuuuuuuck). It isn't anything you haven't heard, but that doesn't mean that it doesn't kill. You can buy the 7" through Earthbound Records here. 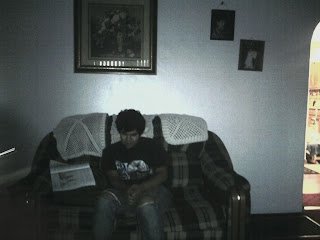 LA project Artifacts is a one-man deal, started off the cuff after partaking in the blog-world and realising that there is so much good music out there - why not do your bit? The first taste of this currently stay-at-home act is 'Heal Me', which has a decidedly laidback 90s take on the dream pop mold (think Galaxie 500 as done by a close to comatose Nathan Williams). I really like this first stab; let's hope we hear more Artifacts soon. 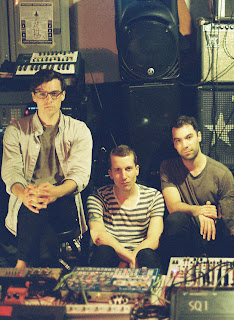 And we're back in Minneapolis for some computer-age soul-training with Food Pyramid. The groove is in the machine, my friends. The band's new album is Ecstasy & Refreshment (out on Intercoastal Records), and it plays like Can in a time capsule of the future, the earth's axis in reverse, with the future the past and the past yet to occur. It's weirdly accessible even when fronting as impenetrable - whilst we aren't on new terrain (Trans Am in the literal sense, motorik post-punk in the DNA), Food Pyramid are giving us tasty morsels we can feast on over and again. The best cut is the first one (as is the way with culinary delights), 'Dexedream', inducing saliva and arousal in aural form. Adding to this delicacy is the presence of Jana Hunter of Lower Dens nestling her vocals amongst the lushness.You want to be at the top of this chain.