I realise that the following releases from Not Not Fun Records and its 100% Silk subsidiary have been around for a little bit, and aren't the kind of sounds that usually grace these hallowed halls (especially the second two releases - HOUSE!) but after BPB and Mick Turner got me down, i need some synthetic fun times to claw even further out of this hazed fugue state - come at me Jonas Reinhardt! 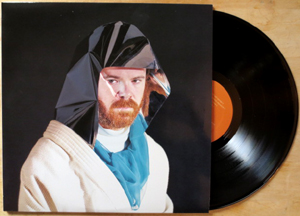 Mask Of The Maker is pretty much kinetic genius - a series of tracks designed purely for logarithmic dancehalls of the 2300s, albeit with a sardonic wedge of faux Germanic fetishism thrown in for good measure. How a track like 'Elimination Street' can sound ultra-futuristic and retroactive at the same time is confounding, yet commendable. Jesse Reiner's synth patterns mold into a monotonic ouroborous, chasing its own tail in a cyclical beat that rejuvenates by eating itself whole - total immersion. This kind of music never really crosses my turntable for more than a cursory stopover - Mask of the Maker has been a mainstay. Welcome back to the future. 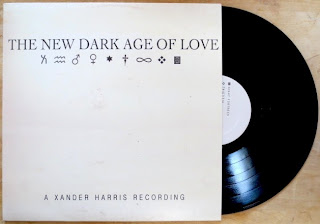 Very similar in sonics is Xander Harris, and whilst his The New Dark Age Of Love doesn't strike me as immediately as Mask of the Maker, it has its sensual moments. The Texan (AKA Justin Sweatt) really strikes gold in his attempts at darker synth alchemy, such as the incessant creeping march (think the T-1000, in metallic sonic form, yet being more seductive and less rapey) of 'Tristitia' or the slow-core grindout of 'Legacies' that transforms into a dense soul stirrer - the sun rising over a frozen horizon just as all hope seemed lost. The New Wave about-turns on the likes of 'I Still Look Young In The Dark' don't really do it for me though. But hey, Xander Harris is responsible for "scoring" Neal Stephenson's seminal steampunk-noir novel Snow Crash - the dude can do whatever the fuck he wants. 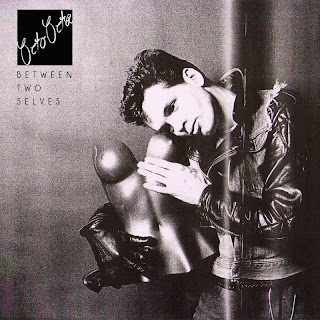 Octo Octa's Between Two Selves is an 8-track LP that wavers between displacement and warmth, a disconcerting yet eloquent combination. The Brooklyn artist is crowned as the heir apparent of modern house, which of course is evident in his music but is just as reactive to the genre as it is embracing it, utilising field recordings and altruistic flourishes that showcase a much more intuitive production ideal. 'Fear' really stands out to me because it seems to perfectly encapsulate that inherent schizophrenic outlook that Octo Octa harbours, and why he is a pretty special prospect. 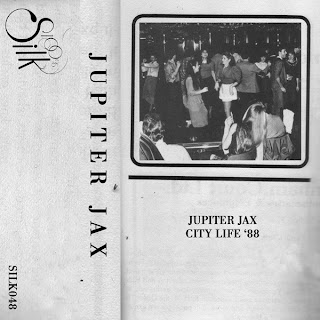 The least likely to have grabbed my attention though is this 6-track cassette also out on 100% Silk, City Life 88, from London's Jupiter Jax (AKA Rudi Aguis). Why? Because this isn't just close to house music - this IS house. And I hate most versions/genres/whatever attribute to house. Yet there is something plaintive, unadorned, with City Life 88 that really appeals, as if Jupiter Jax doesn't need the gloss to discover the deepest core of the dancefloor and have people drawn inexorably towards it. A visceral journey through temporal glitter trails. You can grab the cassette here.

Looks like I'm going out tonight, then...
Posted by Brendan T