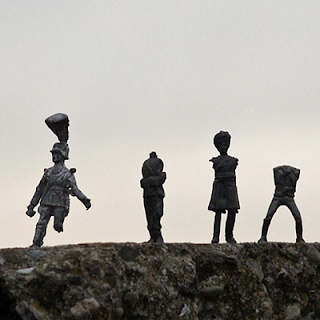 Two great releases are just off the horizon for Texas' Saint Marie Records. Elusive Californian atmospheric wanderers Carta are releasing their third record (and first for the label) in the form of The Faults Follow, an eleven track opus of undulating ebbs and flows. They have never truly had an easy time of it (the first incarnation broke up after spending two fruitless years trying to put out their debut record) and The Fault Follows was borne out of the stresses that comes with family (life, loss and everything in between). It makes sense then that this offers a different feel for the band - indeed, we have a preoccupation with vocals for the first time - its introspective musings curling into each other like ingrown hairs, getting under the skin and staying there. Here is the exclusive release of the title track: 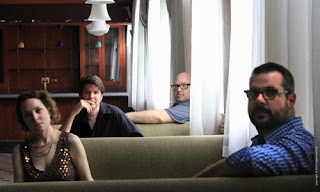 Sonic Masala followers might be a little more familiar with Houston's Drowner - we championed their self-titled EP back in 2012. Their debut LP proper You're Beautiful, I Forgive You doesn't shirk from the heavy lifting, offering moments of heady distortion and washes of aural grind that shoegaze acolytes can get their rabid maws into, but the quieter, contemplative moments help to buoy the album, therefore making those moments of release all the more emphatic. When people say noise can be beautiful, they probably had Drowner in mind. The expansion to a five piece also makes a hell of an impact, as 'Glow' attests - hazy sunlight breaks through the meshed-in noise...