Finding Company Amongst The Dreebs And The Hubble 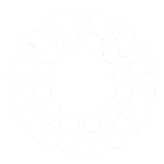 There's a new micro-label coming out of Baltimore/Brooklyn (I know they aren't really near each other, just go with it OK?) called Company Etc. They sent me their first ever releases on vinyl, which is always a sweet deal. What's more, these two release are frickin' sweet. 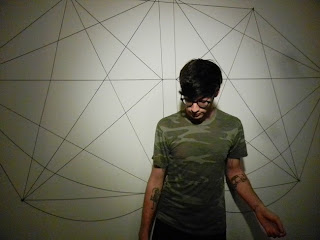 Hubble is a one-man guitar torturer. Not in the no wave, noise earfuck way, but in the "I'm going to strum and fret your acoustic guitar to death, multiple times, and you'll like it" kinda way. You forget until putting on the Finger 7"how such an instrument can make such a cacophonous howl, a thrumming mantra that is both transfixing and grating - it threatens to stop so many times that the relief that crests when the needle reaches the end doesn't crash over - in fact, you feel empty, needing the torture to start once more. Stockholm Syndrome of the guitar. And it shouldn't surprise you that Hubble is actually Ben Greenberg of The Men. The guy can play guitar alright - whether it wants to be played or not. (This is a complimentary statement, just in case you were wondering...) 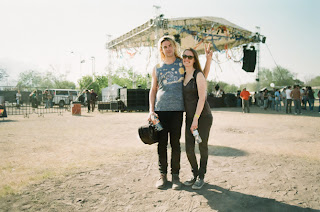 Another Brooklyn export is The Dreebs, and their one-sided 12" EP The Humiliation is all kinds of ambient, minimalist warble - Nico crooning hauntingly and out-of-tune over The Doors' 'The End', a cryptic miasma of netherworld prayers. These tracks are oblivious to the mood you're in - they take you over, a possessive mess of competing synapses; apoplectic disdain and anguish. Necrotic soul-searchers, The Dreebs make rituals of the heart, decimates its essence, and reanimates, leaving you hollow inside, and always yearning. "What the fuck does it all mean?" I hear you rant and gnash. That's the point, both here and there. Consider yourself an arbiter of The Humiliation.


You can purchase both of these deliciously oddball releases here. Company Etc promise some even juicier releases in the near future - I cannae wait.
Posted by Brendan T