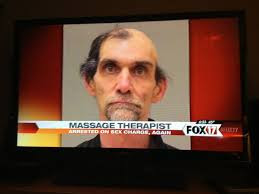 Two coffees in, I feel like someone has injected my shoulders with concrete. Bad sleep, bad living. I would go to the gym, but that is, like, 400 metres away. Urgh. I could do with a massage right now. But not the sleazy kind. Is there a sleazy kind? I'm not sure. A "sexual" massage is pretty much as it says on the tin, so whilst deemed unsavoury, it's not necessarily sleazy. However getting a sweaty middle management type with his (or her - no gender bias here) hands on you sounds kinda gross - and that's all I've got at my disposal right now. Ah well - maybe some music complete with moving images might do the trick...


With a name like Fist City, these Toronto abrasive brooders aren't taking things lightly. Maybe that's what I need - a swift punch in the face to forget about my first world aches and pains. 'Boring Kids' harks back to the VHS style that the kids love these days -so retro! - but add some V/H/S satanic revelry in for good measure (you can't beat a little Manos - The Hands Of Fate...). Voodoo lady is doing it to me with her hoodoo, indeed.


I saw LA psych punk reactionary-tards FIDLAR at Splendour In The Grass the other weekend, and they were close to my pick of the festival. This only rises when the video for their latest single 'Cocaine' features absolute legend Nick Offerman. In his real-life woodcarving studio. Wearing his real-life woolly beard. Then proceeding to piss on EVERYTHING. Now, I'm not R. Kelly, but this clip sure is helping me to relax. Puerile yet comic genius - and a killer song to boot.


The Eversons supported the excellent The Wedding Present back in February. Now I've been a fan of the NZ band for a while - they somehow manage to walk the fine line between geek, cool and twee with just a whiff of garage simplicity and aggression to elevate them well above the potential pitfalls. This track, 'Creepy', is a prime example. The video makes me laugh too, and fits in with the middle management quip I said earlier, only to the nth degree. Ah - stalker love...

Kids On A Crime Spree - Creep The Creeps from Slumberland Records on Vimeo.

And whilst we're getting our creep on, Oakland's Kids On A Crime Spree are hitting back with single 'Creep The Creeps'. Not a bad idea really. Power-pop madness, it makes your teeth tingle and your back arch - so much sweetener in here! Except that the woman has killed that dude, then sits down to listen in to a faux-BBC rendition before walking out. On second thought, that massage can wait, hey...

NOW GET BACK TO WORK!