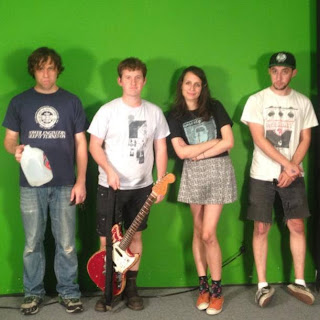 This week I'm finding myself posting about bands that were sending me stuff when they were but minnows in the pond, likeminded souls scratching each others' backs (see: FIDLAR, Tape Deck Mountain, Weekend, Forest Swords...). And to see these artists blooming and getting deserved praise and adulation whilst Sonic Masala plugs away - it brings a tear (of pride) to the eye. Run forth and prosper, you crazy kids...

One such outfit is Boston-via-NY's Speedy Ortiz. After a lil email to-and-fro with the lead Sadie Dupuis I finally got round to taking in their Sports EP and really dug it, especially songs like 'Indoor Soccer' which took me back to my childhood (90s angular indie rock when it was still indeed independent). Now Speedy Ortiz are riding high after the successful release of their debut album Major Arcana (out on Carpark Records), and the fleshed-out production has done nothing to hide the raw aggression in the compositions, the sardonic sneer in Dupuis' lyrics, the mirrored image of Liz Phair and Louise Post, sanctioned angst. The deliberate wonky nature of songs like 'Plough' (the fact they have a song called 'Plough' feels very 90s too...) They even have an elongated spiked meltdown closer in 'MKVI' that stretches almost over double the playing time of their other songs! As if I wouldn't be a fan of this. So many great tracks... Hurry up and come to Australia guys! 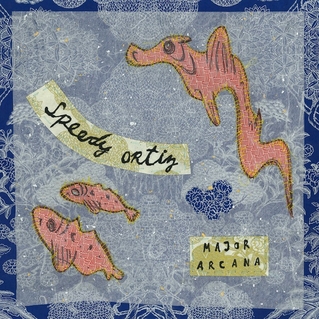 You can buy Major Arcana here.