Gettin' Me Some Free Time 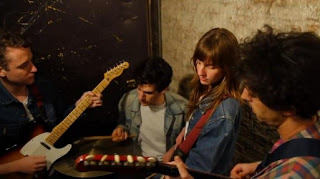 Our current predilection with jangly slacker rock that is slowed to an amble, tin in one hand and Centrelink rejection letter in the other, has been striking a chord globally - the success of the likes of Twerps, Dick Diver and Scott & Charlene's Wedding in particular are testament to this. These bands are going on European and US jaunts, plus getting picked up and taken home by Pitchfork and the likes - dirty stop-outs. But it makes sense that by throwing your love around willy-nilly, you will eventually mete out praise to something that deserves it, so kudos to them.

Before this post disappears into waffle mumblecore, I'm stating all this because the trend doesn't look to be abating, and ex-pats are now taking it to the international man as well. Free Time is a Melbourne four-pieces featuring Dion Nania (of Panel Of Judges fame, who also has played with S&CW and Twerps in the past), and their relocation to the Big Apple hasn't blunted their influences at all. Their debut LP (out through Underwater Peoples) has been doing the rounds for the past couple of months, I feel it warrants another mention. Why? Because it's a cracker - not content to move at its own pace, the album goes slower than even it seems wont to do, then speeding  up and slowing down like awkward lovers. I love it. You can understand why the Kurt Vile comparisons have been made too - although Free Time remains decidedly Antipodean. The song 'Nothin But Nice' rolls along like a merry narcoleptic on a beach-bound road trip, with an able and willing accomplice steering from the passenger seat when things become too much. Deliberately ramshackle yet always in control - it's a difficult thing to harness and maintain, yet Free Time have all the time in the world to get it right and make it their own. 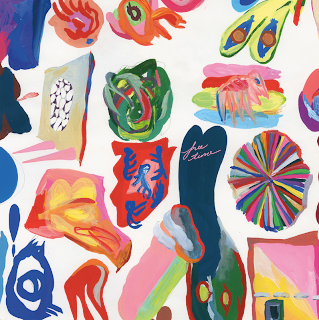 Free Time can be gleaned here - well worth it.