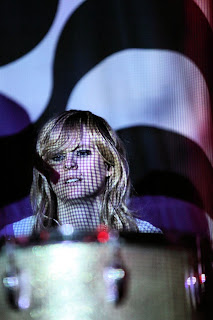 Saw The Black Angels at The Tivoli a couple months ago. I was only saying at the beginning of the year that the ex-theatre with the stellar sound hadn't been catering to good bands in recent years, then BAM! Dirty Three play there, Godspeed play there, My Bloody Valentine play there, and now the Texan psych giants. It was a typically amazing show, especially the light show, Alex Maas' iconic vocals and Stephanie Bailey's drumming... There is nothing about this band live that doesn't appeal to me. 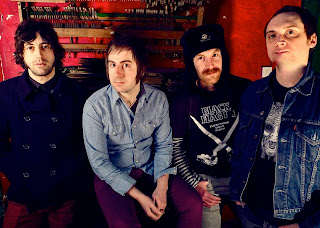 So why not focus on some of the latest releases to come out of their Reverberation Appreciation Society label. The eponymous debut from Nottingham's The Cult of Dom Keller is one (albeit tiny) reason to heed my fiance's imploring to move to the land of Robin Hood - these languorous psychic jams death-march straight into my soul. From the insistent crawl of 'Swamp Heron', the laced languid spike of 'Eyes', the trance of 'Worlds' which then explodes in fury, the black dirge that is the excellent 'Black Pullet Blues' - it's no wonder they on the Black Angels label - it's like Passover all over again. You can (and really should) buy the album here. 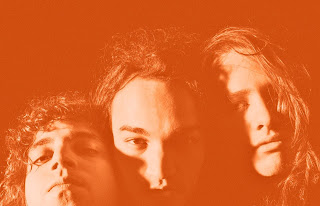 Then there is the incumbent album from Seattle garage dwellers Night Beats, Sonic Bloom. It's been in the making for some time, and whilst I haven't heard it there is 'Outta Mind', a short stomping stab of garage psych that oozes out of the time capsule and demands to have your clothes, your boots and your motorcycle. Impassioned wailing ensues.Night Beats have always been more about the rock side of vintage psych sounds, and Sonic Bloom looks set to build on their template. Can't wait to hear it. They are touring Europe in September/October - don't miss them.