Sliding Down The Honey Flowers 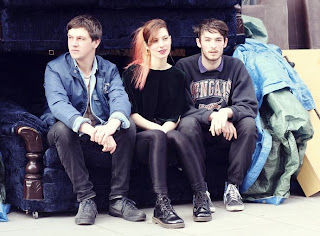 Once again stupid life has gotten in the way of a good time - doubly so, seeing as I haven't been able to write about good shit for about three days (believe me, that is a looooooong time). Back in June I was offered tickets to go to London trio Honeyslide's 10" launch (put on by Critical Heights) at Stoke Newington's The Waiting Room. This sounded serendipitous seeing as the vast majority of Sonic Masala shows have been held at Brisbane's own Waiting Room. Yet I declined, and although I didn't waste my evening - I went and saw William Basinski and Fennesz play in a Hackney church - I felt I was letting the SM side down a little. It was a little more painful when I found out that the supports included personal fave Scott & Charlene's Wedding, pencilled in as a "special Guest". Seeing as I missed their own album launch the following week because I was flying back to Oz, it smarted. Nevertheless, I can't complain - at least I have Drippin/Deep Architecture to listen to. The 10" offers a seven minute sloping squall in the form of 'Drippin'' which bleeds into an untitled miasma of swirling ephemera. It reminds me of Gaslight Radio, one of the most underrated Aussie bands of the late 1990s/early 2000s, albeit without the tongue-in-cheek lyricism. The back side offers more bite-sized versions of the same - 'Deep Architecture' holds sway, whilst 'Sugar Routine' saunters along jauntily, a bouncy, languid ride into the sunset. You can grab the EP here. 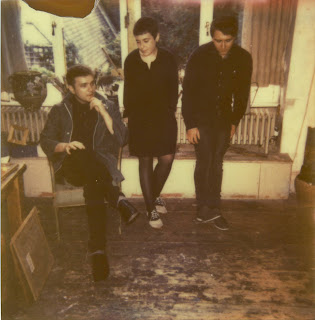 The reason I came back to Honeyslide was because of the minimalist yet showy fuzz of another London trio, Flowers. Their Until You're Dead 7" (out on Fortuna Pop - you can grab it here) has been the one link I have had to the world of sanity in the past few days, which bled into the things I found most enjoyable about the Honeyslide release. Admittedly Flowers are a little more saccharine and overtly shoegaze (which makes sense seeing the label they are aligned with), but there is an effervescent yet gritty sheen to their sonorous noise pop that sees them drift markedly further from the twee vortex than others that court this terrain. The titular track is the perfect example of this - a crunching guitar, high, breathy vocals, and a steely mesh of noise underneath that propels everything forward at a bracing pace. 'Clover' follows a similar mode, then 'Stuck' offers a stripped, stark, bare counterpoint. It is all done with flair and aplomb - and with the presser boasting that many Flowers tracks are written within an hour, fully formed, we should hear a hell of a lot more soon.