FRIDAY (AKA SUNDAY) COVER UP - Mac DeMarco Meddles With The "Classics" 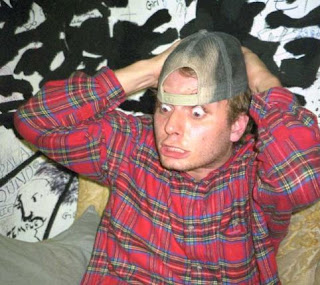 I meant this for Friday, but I got waylaid by - well, by enjoying not doing anything, just chilling out. Whaddayagunnadoabaddit?

Montreal master meddler Mac Demarco had a stellar 2012, didn't he? 2 pretty much blew the fuck UP. They've only officially released it over here in Aus this month, so reliving that all over again is rad. Even radder is this live medley of covers the dude did. Nothing is off limits - The Beatles, The Police, Huey Lewis, Metallica...Limp Bizkit? Killin it. Can't keep a good nu-metaller down, no one said ever. Anyway, listen to this and try not to laugh until your milk is coming out your nose. No Sunday blues (but a lot of dick sucking, apparently) when the Mac attacks.