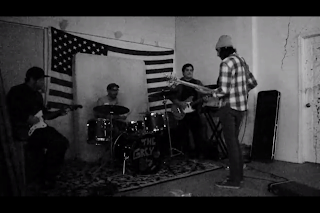 Florida surprises many with the type of sordid swamp rats that come out of in utero clutching an instrument and energy to burn, and Lil Daggers continues to make the incisions. One of the first bands that Sonic Masala like to say we "discovered", the band had fallen off the radar release-wise for a while - but have been far from idle, supporting Swans, The Growlers, Merchandise and Royal Baths in recent months. Now they are filled with devilish intent, having cooked up a new EP to force-feed us. No Pizza No Peace (soooooooo true...) is an EP that promises to continue the expansions that Lil Daggers have taken since starting out as scrappy fighters back in the back end of first decade of the 21st century - my, how quick they grow up...*sniff* 'After The Flood' broods, morosely seethes, echoes and languidly flails - a creepy gem. 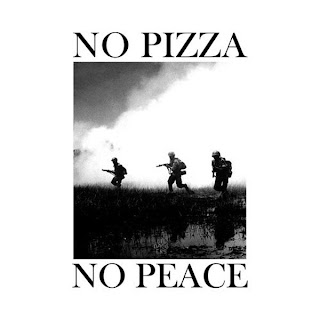 No Pizza No Peace will be out on Beyond Beyond Is Beyond Records - you can pre-order it here.

Email ThisBlogThis!Share to TwitterShare to FacebookShare to Pinterest
Labels: Beyond Beyond Is Beyond Records, Lil Daggers, Merchandise, Royal Baths, Swans, The Growlers