Brought Back To Pale Earth 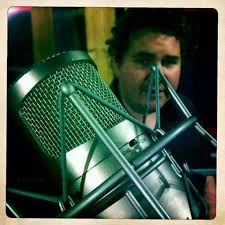 Ben Thompson (of The Rational Academy, currently on indefinite hiatus after the release of their incredible Winter Haunts record earlier this year) has been tinkering in the solo electronica realm for some time now - first as Star Lion, now in his current guise as Pale Earth. It amazes me how far he moves forward with every live performance - despite his affinity with the guitar, Thompson creates amorphous soundscapes here that continue to expand and grow, a sonic universe seemingly without borders.

Pale Earth has been a little quiet of late, and there is good reason for that. Thompson relocated to Emerald after his younger brother Shaun suddenly died due to complications with asthma, and he has been picking up the pieces since. It has been six months in the making, yet Prelude to Dust is what has been borne out of this traumatic, soul-searching experience (it comes as no surprise that the release is dedicated in Shaun's honour). Rather than complete the album he had underway, Thompson cut them up into a collage of sound that somehow embodies the exact emotions he found himself inhabiting - the hope of new life and starting anew, the trauma of sudden separation and irretrievable loss, and the struggle to claw together the strands of strength necessary to carry on. There is almost a nostalgic quality to the two tracks here too, a contemplation of parallel lives that don't quite intersect, but constantly influence. And it is on these two tracks that Pale Earth moves from being a mere experiment in the development of sonorous sonics, to being in control of the creation, defying the initial cut-and-paste montage of Prelude to Dust's genesis. There may be a heavy weight underscoring these tracks, but this is outweighed by the searing hope that emanates from within. 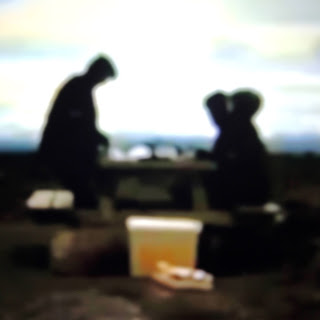 You can (and most definitely should) buy Prelude to Dust here. Pale Earth is playing tonight, supporting seminal Philadelphian psychers Bardo Pond (Dreamtime is also onboard). You can still get tix here or on the door - I strongly recommend it. He is also playing the third instalment of Sonic Masala's Campfire Tales at The End on Thursday September 12 (you heard it here first!) with Kahl Monticone in support.