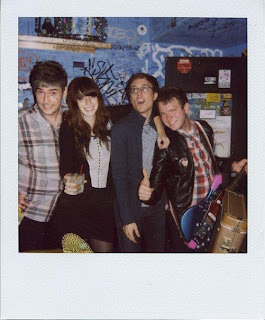 Ringo Deathstarr have been doing their darnedest to claim the mantle of shoegaze wizards from the new guard of wall of sound enthusiasts, and in new LP Colour Trip (out through Club AC30) they have thrown every trope at the wall, with most of the shit somehow sticking to make marvellous menageries of sonic pop. I caught up with vocallist/guitarist Elliott to see how the band was holding up...


Sonic Masala - Hey guys! We here at Sonic Masala have been fans of your staunch shoegaze sounds for a while now – catching you in the small climes of the Buffalo Bar in London has been a highlight – what turns you on to this iconic sound?

Elliott (Ringo Deathstarr) - Hello! We like playing places such as the Buffalo Bar, because it is so small the sound is all around you. It is that feeling that we love, being wrapped up in a blanket of volume. Here in the States, we have bigger amplifiers so we can be even louder!

SM – It must be said that your sound, culminating in new LP Colour Trip, has been constantly compared to the giants of the shoegaze era. It may seem like lazy journalism, but its difficult to get away from. What do you think you bring to the mix that differs from your idols?

E(RD) - I think we are definitely carrying on what they started, but unlike those first generation bands, we grew up listening to Nirvana....and we are from Texas so we are a little crazier. We have more aggression and energy than some of those bands as well I guess....more of a "punk" influence I guess you could say. Our shows can sometimes be unpredictable, especially if some piece of gear malfunctions (which has been happening a lot lately {someone buy us some new gear}!)

SM – Colour Trip is your first full length release, but you have been around for a while – how has the songwriting process altered over the past few years, if at all?

E(RD) - Well, before about a year and a half ago, I had written everything. But then we started having everyone throw in their ideas, whatever ideas there are. There is no one way that we go about writing now...some songs just happen by accident and some we work on longer.

SM – You’ve had some amazing support slots recently. Any favourites?

E(RD) - Shiny Toy Guns....for some reason they wanted us to play a gig with them and after we were done they hated us cause we were ten times louder than they were!

SM – I was bummed not to have caught you opening for The Wedding Present, another favourite band. How was that experience?

E(RD) - They were great...we got to see them night after night and have made lifelong friends...and their fans were into us as well which is always nice!

SM – You have made quite a few trips to the UK – how are you finding your reception there, in the land of the shoegaze sound?

E(RD) - I think we have been pretty well received, especially when it comes to our name...its a love it or hate it name, and the UK seems to love it, the land of Ringo!

SM – Hailing from Austin, you must be accustomed to the SXSW circus coming to town every year. How do you find it as an event, how did your shows go, and did you catch anyone that particularly blew you away?

E(RD) - It is hard to describe it as an event at this point because all we do is try and get to each gig, load in, play, load out to the next gig... We did 12 gigs in 7 days. If I were not playing, and I was just attending...I would probably think it was really awesome, because it is in such a small area and there are so many things going on. We didn't get to see much, but No Joy and Odd Future were pretty cool!

SM – Any possible tours towards Australia way in the pipeline at all?

SM – I just spoke to The Black Angels’ Christian Bland about Austin Psych Fest, which sounds like the best festival ever. Why do you think Austin attracts such an amazing amalgam of sounds to it?

E(RD) - I dunno, you got the whole psychedelic music history here in Austin with 13th Floor Elevators and Bubble Puppy and Shiva's Headband...but don't forget, Austin is also home to a lot of wankers, playin' blues covers on 6th Street, practicing perfect guitar licks, playing with nothing but technical skill,which we are against obviously!

E(RD) - Is it like chicken tikka masala, but made from the meat of Sonic the Hedgehog? 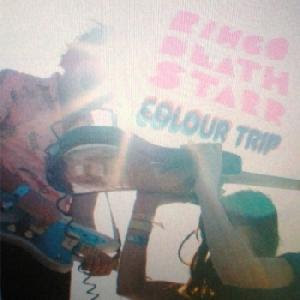 Colour Trip is out now - grab it here.