Hits From The Box #14 - Birthdays In The Bush 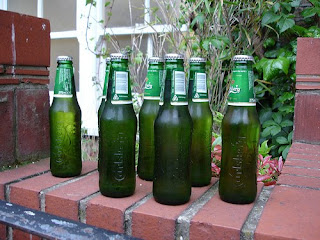 Hey kids, its Uncle Brendan here, just kicking back after a stellar weekend. You know when your week has been absolutely shithouse, and how the thought of the weekend is akin to orgasming five times at once, preferably whilst having sex with someone you really like other than yourself? Well, that's how this weekend loomed for me. And whilst I missed out on seeing Denis Tek on Saturday, I can tell you that it pretty much lived up to that expectation. Seeing Eat Skull and Slug Guts, celebrating both a 21st and a 30th, lots of meat and sun and beers, a couple of wins on the horses, a round of boozy golf - yep, this weekend was worth it, regardless it was a slight respite from the doldrums. Its the weekend that makes the world go around. And this week Ive strived to have a global orgy of new music from the Box so that we can all hold hands across this watery orb of ours and really celebrate being alive... 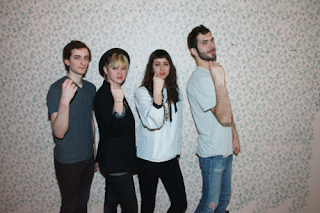 NYC's own Beast Make Bomb are a female-led, gritty pop-rock outfit who have just released their second EP Sourpuss. Their touchstones are the likes of Metric and CSS, whilst there is a distinct whiff of a Sleigh Bells snarl, they produce something much bubblier. They recently came out on top over 100 other bands in Converse’s “Get Out of the Garage” competition, earning themselves recording time and a spot on the Queens of the Stone Age-led US national tour. This in turn will lead them into supporting the likes of Cold War Kids, The Whigs, and Tokyo Police Club. They arent doing things by halves! Also, they may have much more in terms of variety - Ive included 'Coney island' here as its the quietest song on Sourpuss, and quite possibly the best. 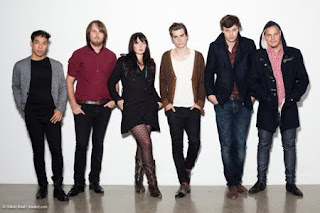 Guineafowl hark from my "home continent" of Australia, peddling their "glo-fi, electro-awesome" schtick (not my words, so's you know...). They’ve recently released their new single ‘Botanist’ off their brand new EP Hello Anxiety. I have to say that these guys have been garnering a lot of press coverage over here of late, and I was a little wary - most of the good airtime goes to terrible hip-hop and electro-pop twee as fuck bands. Oh, and twee folk - the Aussie mainstream seem to really love their twee. But there are some interesting leanings on this EP that seems to suggest that Guineafowl may be worth the hype. Their previous single, In Our Circles, is pretty solid too. They are US-bound soon too, but before they fly away (oh, the pun! the pun!) they will be playing in Brisbane - The Beetle Bar on 30th April, to be exact.

IN OUR CIRCLES - Guineafowl by scarlet_artist_management 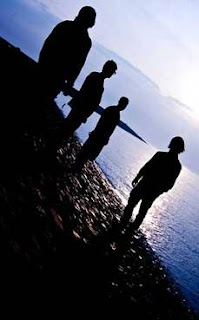 From Växjö Sweden we move to Final Days Society. They are pretty damn sweet, their album Ours Is Not A Caravan Of Despair reminds me of a happy go lucky workshop between Jonsi, Mum and Mogwai - so very Scandinavian then! That isnt even doing the album justice - it is a fine effort indeed. They will be releasing it via Armod/Soundpollution in April 15th 2011 - if you have even a passing interest in the above mentioned bands, I seriously suggest you hunt this down. 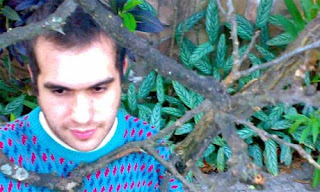 Babe, Terror is Claudio from São Paulo in Brasil . He started making music to soundtrack long walks at night - a damned good reason to create music I reckon! You can get his new album Preparing A Voice To Meet The People Coming on his Bandcamp, so download it, experience it for a while, maybe feed your i-pod with it. Id have to agree with the man himself that these tracks are best with headphones - the sound collage is designed to whisk you away to a far different place than this. It's out by Perdize's Dream, a homestuff label created by some mates of Claudio's, also based in São Paulo, and soon by Glue Moon Records, a new cassette label from Venice CA run by his US pal Dayve. Claudio sees the record as a showcase, a preparation and a warm-up for a major album he intends to release later this year. 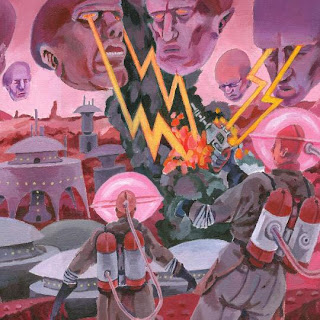 Maryland USA resident Kenny Tompkins began the then solo-project version of The Christmas Lights in 2007 with a streamlined vision – to make songs that are equally fun and dark, interesting and dance floor-worthy, intelligent and raw. Tompkins formed a band after his first outing Walk Like a Human was received by critics as a promising debut. Good Luck Machine is the first release in The Christmas Lights discography that sees the group working as a unit to build upon Tompkins' intentionally bare-bones demos to arrange the songs in a way that reflects both their previous releases and their new found energy as a live band. Loud, harsh blasts and soft, beautiful soundscapes are given equal space. Odd time signatures and diminished chords/scales are a recurring theme throughout. Down to its cover art, the album serves as the time capsule of a doomed person on a doomed planet, The retro-futurist artwork was created by an old friend of the band, former Cotton Jones Basket Ride and Page France member, Clinton Jones. Its eclectic, yet electric stuff. 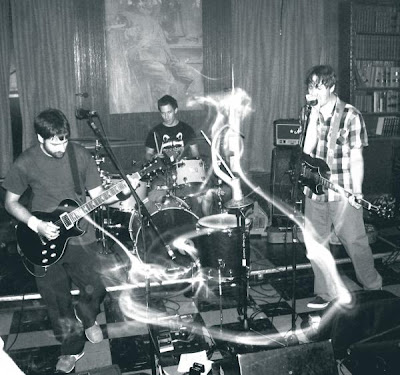 Mala In Se hail from Cincinnati Ohio, and deal out doses of latent noise rock metal. Whilst the sound delves in the usual standard of serrated, sludged up guitar, punishing bass and thunderous drums, the sound is densely layered by the inclusion of samples and auxiliary percussion. The pendulum shift from maelstroms of sound, shouts and shrieks to minimal soundscapes are at once unsettling and electrifying. There is even an element of free jazz in the shifting time signatures, therefore never allowing for a safe option. The self titled LP stands for "wrongs in themselves; acts against morality; or offences against conscience". You have been warned... Mala In Se is out now on Phratry Records.