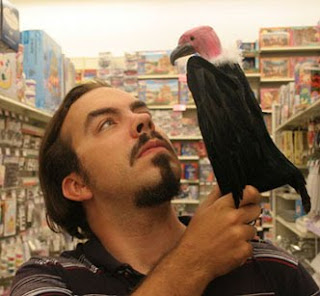 I cant profess to know much about Dan Melchior. I know he's been around the traps for a long time, has worked with the likes of Holly Golightly and more famously Billy Childish, and as a band of his own (Dan Melchior's Broken Revue). Jack White and Mark E Smith are amongst his eclectic fans. So Im not sure what made me get Assemblage Blues. I hadnt heard one track by the man. Maybe it was the interesting cover. More likely it was the fact that it was put out by Siltbreeze, one of the best and bravest labels out there. Either way, im glad I did. Sure, its warped, but the storytelling and noisemongering go hand in hand, providing tales that are both obtuse, whimsical and hallucinatory. Hell, there's even one here called 'Stairway To Croydon'! And another, 'Moving The Furniture Around', is the same phrase that someone recently used to describe what the film genre mumblecore was all about. Its definitely experimental garage psych flights of fancy, but without the elongated jams - and this definitive voice has really impressed me. 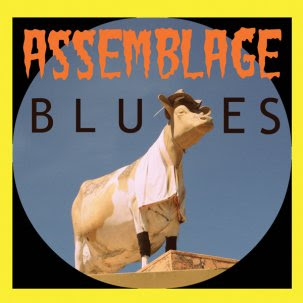