And So I Watch Gangs From Afar 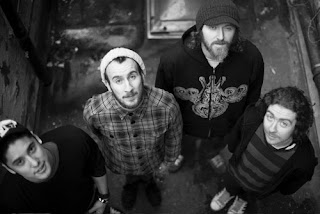 Belfast’s And So I Watch You From Afar have been firmly entrenched in Sonic Masala territory ever since we inadvertently caught them at Kilburn's The Good Ship back in May 2009. They are undeniably one of the best live acts in the UK - nay, the WORLD. Since then they have continued to destroy both live and in recorded formats (if you havent got their self titled debut LP - you need to rectify that situation unless you want to spontaneously combust - we can do that to you, you know...), appearing at SXSW, Eurosonic, Electric Picnic, Novarock, Canadian Music Fest, Popkomm, Pukkelpop, Sonisphere, as well as tour dates in Europe, North America, Russia and a support slot for rock supergroup Them Crooked Vultures. In between, the band were nominated for a Choice Music Prize for Irish Album Of The Year and XFM’s New Music Album Of The Year, released The Letters EP in February 2010 and a stop-gap tour single ‘Straight Through The Sun’ in November 2010.

And STILL they cant stop, as here comes their sophomore effort, Gangs. As can be expected, Gangs is the band’s most cohesive record, a 44 minute, eight song unyielding document of the band’s last two years playing together told through ironclad guitar riffs and colossal yet increasingly subtle rhythms. It is this beautiful juxtaposition between destruction and rhythm co-existing that makes these melodic gems so entrancing. Its genuinely exciting music, and you cant help but jump in the air in triumph over the fact of these songs are in actual existence, not just tunes in your head that you wished someone would create. It’s a celebratory record, one which fittingly culminates in a samba outro on the album’s final song ‘Lifeproof’ which layers up many takes of percussion played by the band in the studio until a carnival atmosphere is created, whistles and all. The heart of Gangs is a section entitled Homes: ‘Ghost Parlor KA-6 to Samara to Belfast’ which spans tracks six and seven. It’s a near 10 minute epic which taps into the emotions of returning to familiar places and visiting new ones for the very first time.

Guitarist Rory explains: “It’s a cheesy thought but we wanted to capture our journey through touring: seeing so many different things, unexpected happenings, sudden changes and then a homecoming. The end of that tune sums up the relief and elation of coming back into Belfast and getting to see our friends and family again.

Then there is the choice of the album's title too. “In the same vein, everything we’ve done, places we’ve played all, people we’ve met, all circulate around these pockets of people, pockets of scenes and pockets of culture. These gangs of people who emanate from everywhere. It’s that DIY / The Clash / Black Flag sort of thing that our band is like a gang sometimes.” 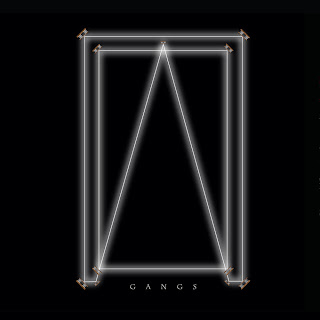 Gangs will be out on Richter Collective on May 2nd. As for dates, they are playing their biggest London headlining show the day after, May 3rd, at Scala. Its times like these I still wish I was in the UK...

Email ThisBlogThis!Share to TwitterShare to FacebookShare to Pinterest
Labels: And So I Watch You From Afar