You Cuss, You Use The Swear Jar 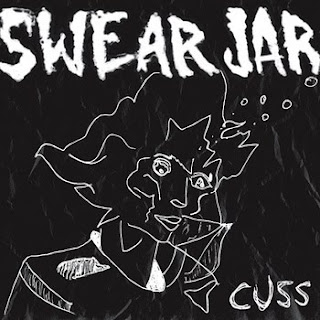 Cincinnati's nihilistic noise rock band Swear Jar hold the not so dubious honour as being the second album I received this week that I had no expectations of whatsoever, yet it blew me away. Its another great release from Phratry Records (they were responsible for the Mala In Se record that I spoke about here), and it tears despite (possible because of) its low production values. The album, Cuss, doesnt belong in this decade. It belongs on blood, sweat and beer stained floors alongside the likes of a young Jesus Lizard or Shellac, with Fugazi watching on from the bar. It tears along at a million miles an hour. Its split into two sides, and in my opinion the B-Side (called Cavity Joel)is by far the best. I love the fact that you have to buy the vinyl to recieve all 14 tracks - 'Exit Bandvan' isnt on the CD album. Embrace the wax revolution... Seriously, this is a dirty exciting release, and one Im revelling in. Sweat Jar - On The Prowl Swear Jar - Heavy Corpse Song
Posted by Brendan T