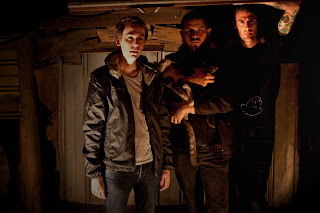 Last year Flingco Sound System put out a sampler of bands on their roster, one of which was no Anchor. Their song 'Wolves Bite And Disappear' killed, and Ive been hankering for some of their joint ever since.

now, not only do they hail from my hometown of Brisbane, Australia, but on the 9th of May 2011, No Anchor hope to release their new album Real Pain Supernova. They would LOVE to guarantee that this album will be released but there are no guarantees in this world. None. The band could all die mysteriously between now and the 9th of May. They could all take up dice living and just decide not to do the band ever again. Things happen. The apocalypse might happen, you never know. They could all be dead by the time you read this.

But if not, enjoy this raw, apocalyptic album - hey maybe this will be the harbinger of things to come? It was mastered for vinyl by Mell Dettmer [Boris, Earth and Sunn O)))] and will be available in s 2 x LP format from the band's website www.noanchorband.com (and their bandcamp). When was the last time an Aussie band fucked with double vinyl? Almost all of the album packaging is hand made by the abrasive trio and their screenprinting buddy Matt Deasy. There are only 150 copies of these all up, 25 of whcih will include deluxe versions (AKA extra shit like shirts and woodcuts). THERE WILL BE NO CDs - they are as dead as Diana! However, a free/donation digital version of the album will be available online on the 9th of May 2011 here, which you can stream now below! Unless, that is, something bad happens. And it might. 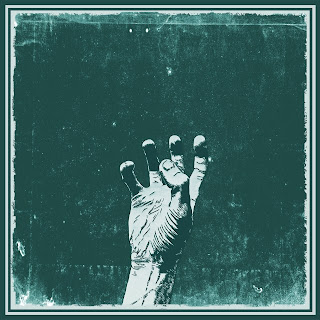 If you havent picked up on this already, Real Pain Supernova is out May 9 (and look at the artwork! Stellar...) No Anchor will launch the sucker on May 13 alongside Undead Apes and Dreamtime at Brisbane's Woodland venue.

No Anchor - Wolves Bite And Disappear