Hits From The Box #16 - What The Easter Bunny Really Brings... 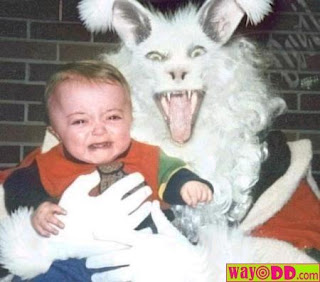 So this is Easter huh? Its smack bang in the middle of a five day holiday, so I definitely cant complain. Spending my mornings sleeping, my evening drinking, and the in betweens playing it by ear. The fact that the vast majority of this 'playing it by ear' business includes my parents isnt dampening my spirits - rather, it makes the sleeping and drinking more worthwhile. Bless their cotton socks...

And even if Easter is about fertility, eating chocolate eggs and celebrating a gifted activist who has turned into a zombie, it doesnt hurt to give, so here is this week's Hits From The Box! And instead of the usual six-pack of delicacies, Ive thrown in an extra one for good measure! Don't guts out on it all at once now... 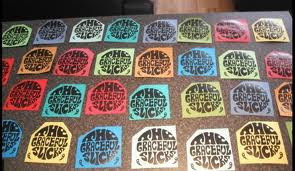 The Graceful Slicks are a five piece psychedelic/shoegaze/surf band out of Oxford. They have a few tracks floating about that reminded me a bit of The Archie Bronson Outift before they turned an acrid smelling shit. Which, funnily enough, is a good thing, because early ABO was awesome. I look forward to seeing what they have up their sleeve for the rest of the year... 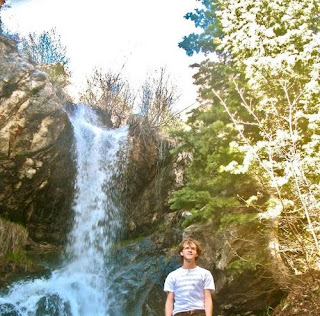 We mentioned a couple of releases fromOregon-based label Inner Islands last yearby the likes of gkfoes vjgoaf and River Spirit Dragon (check out what we thought here). Well they have another up their sleeve, this time by Inner Islands creator Braden J McKenna a.k.a WYLD WYZYRDS. Free Magick isn't the first WYLD WYZRDZ release - they are quite prolific - but this one is out on vinyl in a week's time, and the guys are pretty stoked with the results - as they should be. Three tracks of undulating drone beauty. It's up now on bandcamp if you wanna check it out too. 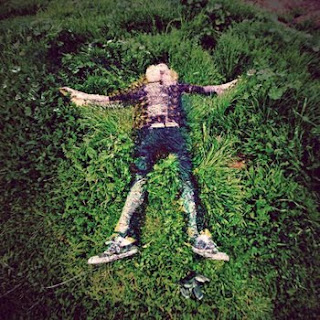 San Diego's The Glass Canoe was formed in spring of 2009, spending a little over two years writing and molding demos which would eventually become their debut album, Chimera. The music displayed on the album focuses heavily on melody and atmosphere, hence earning its genre moniker as "psychedelic pop", which is the closest you will get to categorising this new yet constantly transforming act. Check out The Glass Canoe on Bandcamp too. 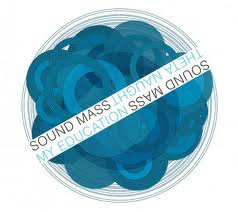 Sound Mass is the new collaborative album by Texan sonic marauders My Education and Theta Naught, a Utah based improvisational collective. The energy and experimentation that these two acts have brought together is a powerful one that has already garnered enough attention to be picked up as the support for Maserati, provided a full performance at SXSW this year and be on the Austin Psych Fest bill (closing out the bill too, performing after Roky Erickson no less!). This is well worth one - nay, many - listens... 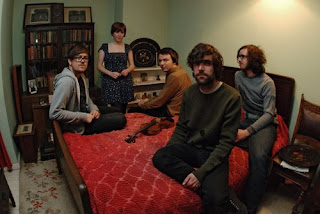 With a name like Cat Matador, I was not expecting much from the band's new EP The Address (put out by Beard Museum Records). Then noting they come from Oxford, I was a little intrigued. After the first listen I was won over. The Address is the edgy shoegaze quintet's second release, and a much more assured effort. The press release offers up various touchstones (The XX, British Sea Power, Wolf Parade), but to be honest I hear more substance on these tracks than a definitive coattail-riding style. Make up your own mind... 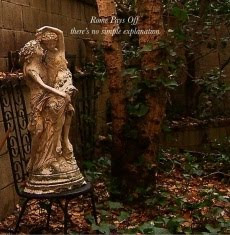 Rome Pays Off is the new band for the founding members of seminal ambient drone collective Rothko, and they are launching debut album There's No Simple Explanation onto the world. Recording for the first time since 1999, Mark Beazley (who is also putting the album out under his own label Trace Recordings) and Crawford Blair went into the studio without any material, only knowing that their explorations into the ambient instrumental atmosphere that have been occupied by the likes of Brian Eno and Slint in the past were far from finished. As for the song titles (all are numbered Song One to Song Thirteen, but not in sequential order), Beazley claims that they were named as they recorded them in sequence. "So, Song Eleven was the eleventh track we recorded, and Song Eight was the eighth track and so on. We dropped Song Two, and there was never a Song Twelve. We thought there was, but there wasn't, so we went from Song Eleven to Song Thirteen!" There really isn't a simple explanation then. However, one thing is certain - Rome Pays Off offer dark, warped soundscapes that lurk in the ether, yet rather than menace they haunt, encapsulating a ghostly elegance. Its a intriguing listen, and one that inexplicably reels you in time and again... 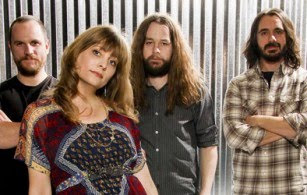 Finally, I inadvertantly soaked up my housemate's download quota last week when streaming the latest album by Louisville, Kentucky band The Fervor, Arise, Great Warrior. Often known for theirunpretentious rock 'n' roll replete with eerie, ambient guitar riffs and soul-laid-bare vocals of gut wrenching intensity, The Fervor evokes the likes of contemporaries Heartless Bastards and My Morning Jacket. Speaking of, MMJ frontman Jim James put out Arise, Great Warrior on his own label, which is two pronged in its appeal - they know their way around a mean Americana jam, and vocalist Natalie Felker has the strong-yet-vulnerable delivery of the likes of Cat Power or Heartless Bastards' own Erika Wennerstrom down pat. This is a good album, and with this pedigree deserves much wider praise.

The Fervor - Let's Get Loaded

Email ThisBlogThis!Share to TwitterShare to FacebookShare to Pinterest
Labels: Cat Matador, Hits From The Box, My Education, Rome Pays Off, The Fervor, The Glass Canoe, The Graceful Slicks