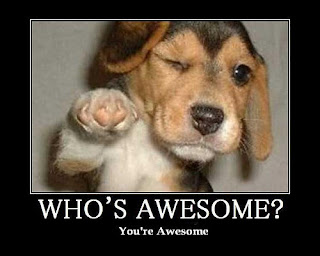 Having holidays is almost unparalleled in awesomeness. It is the absolute opposite to the spectrum of returning to work after a holiday. So after the highs that signified the past five days, we find ourselves hurtling towards the spiky nadir that is our first day back - looking wistfully at the sun outside knowing our boss will be telling us to fill in some form that no one understands or needs in a few nondescript hours - or something just as inane. Good times. What better way to get over the doldrums then than some great music accompanied by great moving images?

First one out of the gates is Dylan Ettinger, whose myriad releases over the last year or two is hard to fathom. Yet here he is again, with a new 7" out on Not Not Fun, called Lion Of Judah. The video takes note in the artistic endeavours of Caravaggio, yet for art ignoramuses it is just a solid video for a track that should help push Ettinger further out into the slipstream - hopefully, anyway...

Dylan Ettinger - Lion Of Judah from Not Not Fun on Vimeo.

Irish troublemakers Squarehead aim to open up their record account through Richter Collective later this year (who are also fronting the amazing new And So I Watch You From Afar record...), but are hitting us now with their single 'Midnight Enchilada'. The video for this track is decidedly silly, involving hipsters playing golf and a rabid discarded Sesame Street character, but I really like it, especially on a day like today (and they finish by drinking pints of Guinness! Cant beat that...)

We have spoken about London miscreants Pet Scenes a few times over the past few months - they have already showcased an excellent bodybuilding based video here, and there are a few others we havent shown if you search Youtube - and they bring us the next chapter in their gradual undoing of the time-space continuum. It is a black and white warped close up of a mouth singing this song. Nothing ingenious, sure - but the song is a ball tearer, nice mixture of grunge and stoner dirge, and it really blows out the cobwebs...

Here's another London act, yet I am still unsure of whether Bright Spark Destroyer are a great band or not. One thing I am sure of is how cool their video is for single 'The Shortest Distance'. The single comes out next Monday (May 2nd). If you like what you hear here and live in London, they are playing The Monarch tonight - definitely go check em out...

Finally we have Sweden's Elias Krantz. He has come across the Hits From The Box radar before for his track 'Watussi' - now he has another great track out and an added video to boot. The track is called 'Tody Motmot', and the video features headless musicians - nice. The track comes off Night Ice, his album due out late May.

Now get back to work!