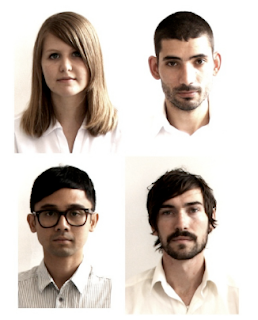 We mentioned earlier in the month that Perth-via-London dark death pop maestros (!) Snowman are calling it a day, yet are also preparing to drop their third and final album Absence in the next week. I spoke with Joe McKee from the band to suss out all things Snowman - past, present, and future.

So there you have it! You can get Absence, the album that puts the full stop on Snowman's journey, on the 22nd of April through Dot Dash and Remote Control Recordings.
Snowman - Hyena
Snowman - We Are The Plague
Posted by Brendan T