Friday Cover Up Triptych - Burying Bodies Of Horses At The Party 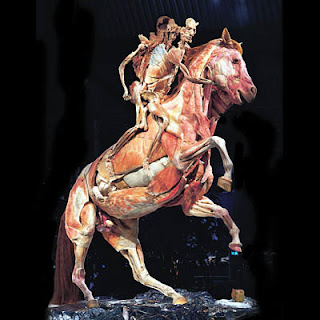 I mentioned these two bands earlier in the week as unknowns whose albums really float my boat - Reno's Fa Fa Fa and Cincinnati's Swear Jar - and by the end of the week nothing's changed. But what is also special about these bands is that they have put killer covers on their debut albums. The more bizarre of the two surprisingly goes to Fa Fa Fa - or maybe unsurprisingly seeing as their penchant for Gothic 80s tinged glam pop. They tackle "Goodbye Horses", the Q Lazzarus song that was made infamous by the Academy Award winning scarefest The Silence Of The Lambs as the song playing whilst Buffalo Bill "transforms" himself - yeah, THAT one. It also reminds me of this weird dungeon of a bar I stumbled across in Vienna that only played stuff like this combined with The Birthday Party and Tom Waits, and had a drunk Irish bartender who insisted I put on a tab then got so plastered she couldnt add the final tally up so put it "on the house" - good times... Fa Fa Fa - Goodbye Horses (Q Lazzarus cover) Now Swear Jar's track is a killer one, but a little harder to come up with its genesis. Just labelled as a traditional track, Swear Jar's version is anything but, crawling along with enough buzzsaw brutality to get my blood boiling... And, because Im feeling generous, I thought Id once again share the love with PS I Love You. Seriously, Im loving their album Meet Me At The Muster Station, if you hadn't already guessed. Now they have put out a lovely cover of none other than Madonna - 'Where's The Party?' A fitting song for the duo, and a fitting song to finish off the week I reckon! PS I Love You - Where's The Party? (Madonna cover) Now, go get orn ah!
Posted by Brendan T