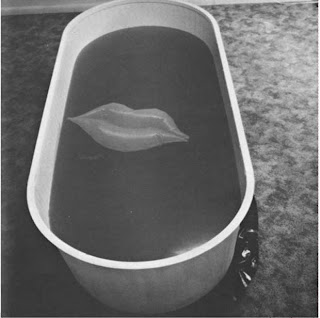 When we started this mess of a thing called Sonic Masala, Paul was gushing over this woozy Austin band called Pure Ecstasy. Now we havent always seen eye to eye - thats the beauty of true music fans, and this blog was created to collaborate on debate about our 'loves' - but this one was one we were both firmly on the same plain with. Check out some songs of theirs here and here - hell, here's some more!

But we haven't spoken about them for a while, and whilst many things stay the same, there is one notable difference. They have changed their name, the bastards! They will now forever be known as Pure X. And to herald this shift in non de plume, they are re-releasing one of their early 7″ singles, You're In It Now (now in an extended version), in 12″ EP format from the Acéphale and Light Lodge labels. This is all well and good - its a great EP - but there is more to be excited about. There’s one previously unreleased song buried in the middle, 'Back Where I Began.' Its fucking beautiful, seriously. My favourite song of the week by FAR!

One final piece of info (and this is the best part) is that this leads up to a highly necessary full length appropriately named Pleasure. But until then - listen to the below tracks and float away in ecstasy. Nate Grace, you are a dreampop genius - thank God you're back...