Well, the year is flying by isnt it! April Fools has come and gone, and we are already up to the thirteenth installment of our celebration of the musical battler otherwise known as Hits From The Box. Many say there is so much luck involved in the music biz, and its true. But I think that luck is relative. So either these are the luckiest six bands to ever grace the Hits From The Box page, or they have made their own luck, or this moment wont even cause a ripple in the pool of time. Whatever it may be, I dont really give a shit - music lives! 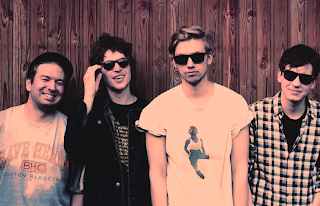 You wouldnt expect to see many surfers wandering the street of Helsinki, surfboards in one hand, smoked salmon in the other - and you probably wont. You will find these guys though. Big Wave Riders endeavour to sculpt fresh music with edgy garage/punk the ultimate goal. They are as yet unsigned, but an EP is on the way. (NB - I initially wrote "Surf's up!" at the end of this then scrapped it to save face. Then I wrote this. Glutton for punishment...) 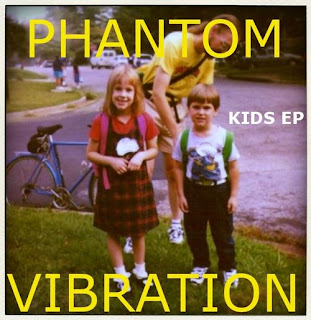 The guys who make up Minnesota's Phantom Vibration are fresh out of school, yet that doesnt mean that their sound - an amalgam of chamber and dream pop - is in any way perfunctory or immature. In fact the instrumentation at play - organ, guitar, drums, fiddle, and celeste, all crafting layered songs that take time to build with an ephemeral climax - shows a real nuance for music appreciation. With influences spanning the decades of folk and avant pop, from Nico to Fleet Foxes, you can see that Phantom Vibration are striving for something a little left of centre. Kids is their debut EP, and is the first in a triptych of concept EPs - the other two are set to be out by July. Not to rest on their laurels, an LP is then set for a July/August release. Exciting times indeed! 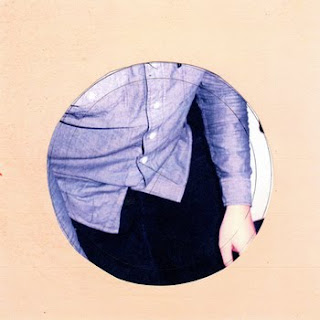 I almost passed over Cutting Shapes, an indie trio from Wellington, New Zealand, as their literal moniker evoked a sub-par disco rock pastiche that would lack verve or vision. And whilst they do aim to get the audience moving and 'cutting shapes', the sound evoked from the songs that constitute their latest EP entitled ▲ (nice) is much more comfortable channeling earlier Holy Fuck and Foals. Ive always found that technical noodling and dancing have made strange yet attractive bedfellows, and Cutting Shapes intend to make this one night stand an encounter to last the test of time - or at least until the beer taps are drained dry. 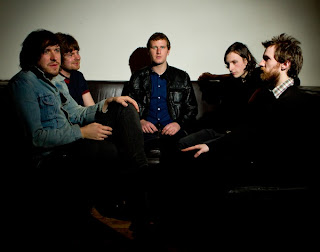 The Violet May are a Sheffield, UK act who have been making ripples for a while now due to their debut single release Brighter Or Better back in May last year. This could be for a number of reasons. Could be that the Guardian hyped the shit out of them for no apparent reason when they were basically unheard of last year. Could be that every UK hack under the sun has attempted to shine the sun up their arses, culminating in their headlinging some NME event. Could be that the lead singer, Chris McClure, is the guy smoking on the front of the Arctic Monkeys' iconic debut album Whatever You Say I Am, That's What Im Not, or that he is the brother of that other McClure from Reverend & The Makers. Or it could be that they are actually a pretty electrifying band. Id have to say - just bypass all the hype and possible detractors, as they have a new single to put out, What You Say, and it has enough to get it out of the gates and down the runway of its own making...maybe.

The Violet May - What You Say 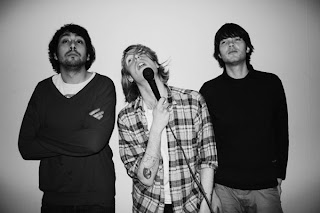 The name 'Smile' is neither ironic nor literal, but figurative. Use your imagination and take that image you have of a smile to symbolize something else entirely, knock yourself out, whatever. Smile are a rock band from Reading in the UK, and with such a proximity to the perennially awesome rock festival there and having been indoctrinated on the likes of Nirvana and The Jesus Lizard, it was only a matter of time before music proved to be their escape pod. Closer, the band’s debut EP, shall be self-released on April 11th. The track on display is uniformly snotty and slacker-ly, but there's enthusiasm that helps to propel these guys along. They have been playing the London traps of late, with their next show being at the Monarch on Thursday 7th. If you like them - and you should - go check em out. 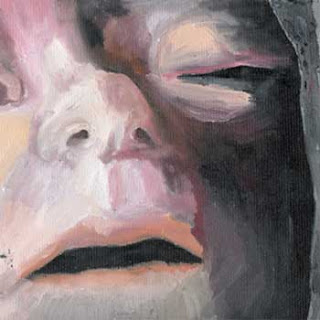 There's this south Wales four-piece called Saturday's Kids that caught my attention as I was fumbling through the myriad releases the other night. Influenced by the likes of Sonic Youth, Fugazi, Mission Of Burma and ...Trails Of Dead, I was immediately bi-curious (and by that I meant I was curious to find out if they were any good and if they were shit in equal measures. At least I think. Maybe Im bi-confused...) Anyway, Saturday's Kids is a 10" EP due out on April 7 through Art For Blind, Time As Colour and Bombed Out. Whilst they may have started out as a pretty much no frills punk band blaring out 2 minute punk songs, these five songs are edging into more experimental ground and opt for more distorted layers, tense build ups, and sometimes pensive sounds. And for you r information, the early Trail Of Dead comment is pretty much warranted.