The Skeleton Dead Are Rising 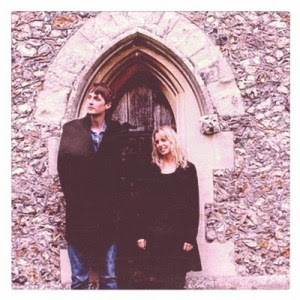 I got this lovely email about a small folk noir act called The Skeleton Dead the other day. I listened to six or so tracks and was bewitched by the subtle darkness emanating from both the rich vocals and the lush yet sparse instrumentation. The duo Tom and Claire seem really lovely, so I spoke to Tom about how the duo met and came to be.

"We're two people based in London - although the heart of The Skeleton Dead lies somewhere along the coast of the Solway Firth deep in the industrial north west of England. I grew up in West Cumberland, which I imagine is why I have a bit of a fixation with knackered old industrial towns. "Claire grew up in Enfield in north London and then went to Trinity College of music to study classical guitar. We’ve both known each other for a fair few years though - we’ve a lot of the same friends in London so have always ended up talking about music when we’ve seen each other in the pub or at house parties. It was a mate's old people themed birthday last year when I suggested doing some recording together dressed in flat cap, Val Doonican cardigan and massive grey moustache - when approached by a man in such attire she had little option but to agree!"

Tom had been playing on his own up to this point, but felt that there was something missing. "I’d been playing the odd gig and writing music for ages but had just started writing a new collection of songs and thought Claire could bring a lot to them. She’d been rocking out in The Suffrajets and The Krak over the past few years but I knew she had a subtler side - working on the Skeleton Dead has given her the chance to break out the old nylon string guitar and get classical."

Playing and recording in both Tom's spare room and Claire's basement in Highbury, the songs that have eventuated from this pairing are touted as being about "classic themes of love, seafaring and finding porn hidden in the woods," and are being primed for a record later this year (tentative title being Nethertown). "(The songs') influences come in the form of Bill Callahan, Leonard Cohen, Steven Patrick Morrissey, guitars with nylon strings and anything that includes an ethereal, reverb-soaked harmony or two. It’s been a pretty natural process thus far. The songs have almost written themselves which has been really refreshing - hopefully that’s a trend that’s going to continue."

As for 2011, Tom is taking it all in his stride. "As for hopes and dreams, for now we'll just be content to record an album that we're happy with and get it out into the world then we'll see what happens. Touring with Morrissey would probably be my own ultimate ambition. In the meantime though I'll settle for playing some festival slots this summer."The Skeleton Dead are playing at Catch in Shoreditch on Tuesday April 12th, alongside Kiss The Dirt, Tom and the Tides and The Visionaries, for a fiver. Get along for a lovely night - they get on at 9pm.