Friday Cover Up..Becca Does It For Her Girls (Except Kate Middleton...) 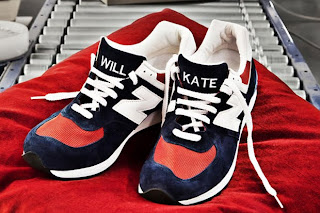 Wow, the royal wedding is almost upon us. Now Will and Kate are probably great people, but really - who gives a shit, right? Except for the above kicks, which pretty much own...

Ive probably annoyed half the readership, but for the two of you who can't give one eight of a fuck about an archaic symbol of imperial decimation, then Ill probably piss you off anyway with this, today's Friday Cover Up...

Becca Stevens is a New York-based singer, composer and instrumentalist whose debut for Sunnyside Records Weightless came out on Tuesday. In addition to eight original compositions, the album features interpretations of songs by Iron & Wine, Seal, and the Smiths. Most importantly, she has also covered Animal Collective's 'My Girls' from 2009's Merriweather Post Pavilion. Its a generally folky number, but I think its a nice cover and ticks the boxes that Paul set down what seems like eons ago - that it take on all the goodness of the original and yet do enough to make it in turn an original song.

Or you could think it sucks worse than a prostitute's baby's pacifier.

Either way, Im gonna hang in the sun with booze at my disposal, listen to some amazing toons, and preferably not be within a sniper rifle's range of a pro-royal. So do whatever you want, really. See you on Sunday with some Easter goodies!