Thee Oh Sees Prepare To Take On Dracula In 2D Side Scrolling Action... 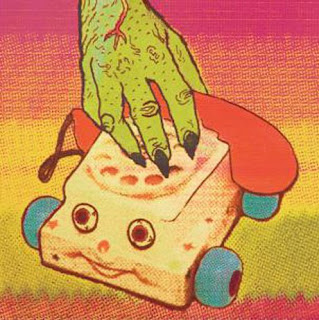 It's been some time since Thee Oh Sees released Warm Slime on In The Red, almost a year I think, and it was the true album to put me onto these guys - well that and their incendiary live shows! They were destined to play in Brisbane in January but the floods thwarted them... nevertheless there is good news on the horizon for those who have missed their fix of aberrant psych garage fucked upedness, as they've finally announced plans for two new releases in the next six months. Look out for Castlemania (currently my favourite album title of the year, and possibly ever) on In The Red June 14 and something else that, according to John Dwyer is "maybe our best yet," out in the second half of 2011.

Castlemania will supposedly be the most studio-arranged and layered recording from Thee Oh Sees to date - something that is esxciting and frightening in equal measures!

They are also touring Europe in May and June, stopping off at London's Tufnell Park Dome on May 26 - sweet!

Email ThisBlogThis!Share to TwitterShare to FacebookShare to Pinterest
Labels: In The Red Records, The Dome, Thee Oh Sees