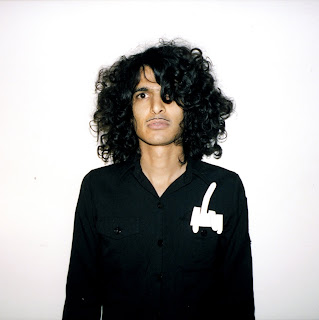 Playing alongside J Mascis' Sweet Apple at the Tee Pee Records showcase @ SXSW is Imaad Wasif. Imaad is a singer-songwriter of many talents and connections; he was a part of Lou Barlow's New Folk Implosion; he toured with the Yeah Yeah Yeahs for their Show Your Bones world tour; he is one of the Kids working with Karen O on the Where The Wild Things Are soundtrack; his last album, The Voidist, included collaborations with Dale Crover of The Melvins (who have a tour coming up too), Chad Bamford (Weezer) and Greg Burns (Red Sparowes). The album is pretty damn good - check it out.