Album review - Dum Dum Girls' I Will Be 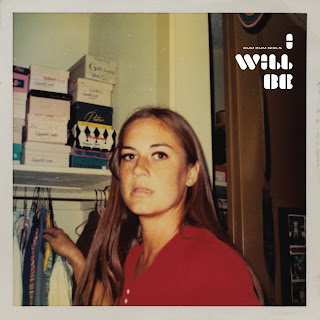 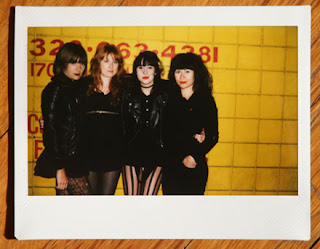 Its amazing to see the tidal surge of lo-fi acts getting major cred in the music industry in the past year. Industry buzz, combined with the ever expanding reach and power of the internet as a means of promoting music, has allowed many a bedroom swamp dweller to four track their way to semi-acknowledgement. A quick look at the bands swinging by Austin, Texas this month for the South By Southwest Festival is testament to the fact that scuzzy garage guitars, surf rock tendencies and 60s chamber pop sensibilities are, like, so ‘in’. And whilst I may say all of this slightly tongue in cheek, I am happy for this occurrence to be taking place, as there is a high percentage of good acts being discovered just through their mere association with the bandwagon juggernaut.

One band that seems to be riding the very crest of this tidal surge is the Dum Dum Girls. Growing from the solo thrashings of singer/guitarist/ Dee Dee, the past year has shown a meteoric rise for the now four piece group, as members from Vivian Girls and Crystal Stilts (two bands firmly entrenched in this world) have helped Dum Dum Girls crawl from the sea, develop limbs and opposable thumbs, and consequently attempt to take over the world, a lo-fi Godzilla.

At least, this is what much of the media hype surrounding them would have you believe.

In actual fact, Dum Dum Girls is still a band in its infancy, and its an enjoyable childhood to adolescence to adulthood experience to watch. Having released a series of singles and mixtapes for the likes of Captured Tracks and Zoo Music, Dee Dee has gradually expanded on her pop-punk romanticisms to include more bombast, more grrl riot, and a lot more melody.

Which brings us to I Will Be, the official debut album by the Girls out on Subpop Records. It is the first recording where Dee Dee has put music to tape with her bandmates in mind, and it shows. Aided by friends in high places (Nick Zinner of the Yeah Yeah Yeahs lends a hand on the album; Crocodiles’ Brandon Welchez turns up for a duet), a masterstroke of a producer (pensmith of My Boyfriend’s Back and purveyor of gems from Blondie, The Voivoids and The Raveonettes, Richard Gottehrer) and a strong label showing full unabashed support (Subpop being the seminal logo it is, its nigh on impossible to get better publicity), this is a diamond in the (surprisingly not so) rough.

Opening track “It Only Takes One Night” is a clear indicator of things to come. It is vintage Dum Dums, and vintage Gottehrer – gone is more of that fuzzy hazy sound that is synonymous with compatriots Vivian Girls, and in comes a sound more in line with the 60s girl rock groups and early punk rockers that the band clearly emulates. The reverb, cool but tough vocals, insistent rhythm section – it is the Raveonettes’ seminal Whip It On era noir pop, a decade on. Other songs, such as “Bhang Bhang, Im A Burnout” and “Oh Mein Me” show the sunny Shangri-Las influence in heavy repose. Dee Dee doesn’t change anything she has done in the past, with each song sticking to its purpose, eleven songs in total, only two breaking the three minute barrier. It is also great to hear a clearer version of two earlier Dum Dums tracks, “Jail La La” and the aforementioned Dee Dee/Welchez duet “Blank Girl”.

And it is this that makes the difference, and indeed makes this album more than just a sum of its parts. Gottehrer’s involvement is a masterstroke, providing the materials and know-how necessary to bring Dee Dee’s vocals to the forefront, distinguishing each instrument, and effectively bringing the Girls out of the garage and into the spotlight. I Will Be is what many others in this newly minted throwback genre have aspired to create – a true representation of ‘that 60s sound’, an honest homage, and a refreshing reinterpretation. These girls ain’t so dum(b) after all.