You can't see the daggers for the swords... 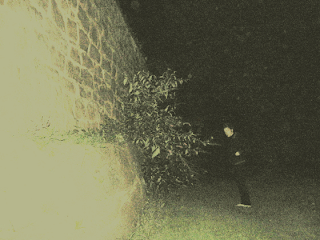 Forest Swords is a one man band - an enigmatic producer and musician who hunkers down out Wirral/Liverpool way. His musical leanings are indicative of his geography - the dark stringwork and guitar at times akin to F@A! era Godspeed! You Black Emperor, reverb soaked vocals, dub-step sampling, tribal drums, all providing a cold, enveloping presence. Its actually quite brilliant. He has just released his first LP, Dagger Paths, which includes this amazing cut, 'If Your Girl', which according to the Fader is an Aaliyah cover. Interesting. He also put out a mixtape, which had remixes of Burial+Four Tet and Wild Beasts, which is well worth a listen. I really really like this album - source it out. Its haunting and quite dark, yet utterly addictive. Also below is one of a 'triptych' of Forest Swords' videos, all available on Vimeo.

Forest Swords - If Your Girl