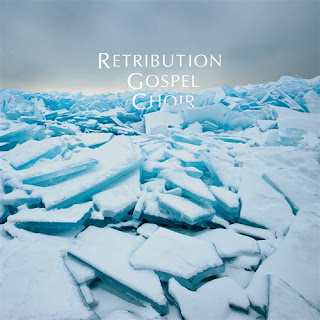 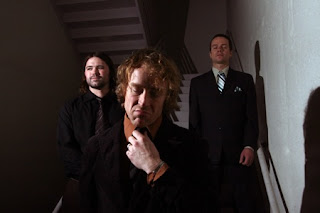 Im a huge fan of Low, and therefore a huge fan of Alan Sparhawk. Not the biggest fan of the band’s sound/genre moniker – slowcore - but that is not the band’s fault in the slightest. They have made an indelible mark on the indie scene for the past 15 years. And it is of immense pleasure that I can say that they are performing their 2004 masterpiece The Great Destroyer in its entirety at Barcelona’s incendiary Primavera Sound festival this May. It is on this record that we get more of a sense of Sparhawk’s rocking sensibilities, and whilst tapered down for the simmering menace inherent in Low's follow up album Drums & Guns, it was only a matter of time before it all came bubbling to the surface.

And so it is with Sparhawk’s side project, Retribution Gospel Choir. Sparhawk, along with Steve Garrington and Eric Pollard, have created a rollicking record that incorporates Low's song structure and sensibilities, but with the amps opened up, allowing for Sparhawk to let loose on all the aggression that is meticulously maintained in his 'day band'. This is certainly evident in the penultimate song Electric Guitar, a 8 minute sprawler that evokes Low in almost every way, except for the soaring finale. Its almost like Low is the sexual prelude, the major prick tease, whilst RGC is Sparhawk's money shot.

In saying all that, it must be said that 2 doesnt offer us all that much outside of what Low offers in the first place. Granted, absent is the gradual building of pressure inherent within the framework of Low's songs, with these taking more of a leaf out of bands like Crazy Horse in their guitar fuelled wig outs. 43 second short stop '68 Comeback is exactly that - harking back to the rock of yore, evoking a little Led Zep or Black Sabbath, albeit in bite-size format. Single Hide It Away is a great opener - a soaring shimmering gem of a song that builds in radiant glory around a beautiful and joyous melody, double helixing into the sun - a true kicking off the shackles of Low. But what must be remembered that live, Low know exactly how to temper their dark menacing songs, their slow crawlers, ekeing out the tension before exploding - in some cases, such as 08's End of the Road festival, LITERALLY - into bursts of glorious, visceral, melodic, feedback drenched violence. So songs such as Poor Man's Daughter and Your Bird arent that far removed. Not that this is in any way a disservice to RGC - it just proves to underscore the notion that the band really is Sparhawk's energy outlet.

Except for the closer. It has been a song that has perplexed critics thus far, not because its difficult to understand, interpret or justify - more in that its difficult to grasp how it works within the scheme of things. Essentially, Bless Us All is a Low song, through and through - and yet you cant help to note that it isnt, that the only place this song belongs is right here, bookending 2's set of Neil Young's Ol' Black era guitar noodlings (especially Workin Hard) and squalling rock jams with a dark, haunting ode to loss. It begins with the whisperings of strings and the murmurings of talkback radio, before Sparhawk's wavering voice kicks in. Backing vocalists chime in near the end, evoking the choir that their moniker espouses. It is like Low, then? True...but it is so much more affecting, so sad, that it takes the breath away, immediately stealing the mantle of song of the album.

So, 2 sees Low in a more rocking, balls out style, tied together by Sparhawk's songwriting sensibilities, but still offering more than just a louder version of their songs. And whilst not reaching the heights of the admittedly unique highs of Low, Sparhawk has created an album that excites, and elicits excitement in where he may spread his wings next time.

And sorry to glut this article up with visuals, but watch the comparison between Low and RGC - both brilliant songs, both wildly contrasting levels of 'restraint'...