Stop with the wolf monikers! Oh, its your actual last name? My bad... 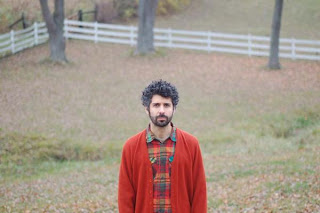 Tonight over at Heaven Californian hard-to-categorise-ers WHY? are playing their - well, hardto categorise - brand of indie folk hip hop ness, and will be a gig that I for one am very lucky to attend. I have no real idea what to expect. However Im equally looking forward to the supporting cast. WHY?'s frontmanYoni Wolf is 'letting' WHY? drummer and his older brother Josiah let loose with cuts off his own album, Jet Lag. Josiah's brand of understated quirky folk pop is endearing and a perfect precurssor of what is likely to be an eclectic gig tonight. The album itself is nice and soft, not taking too many risks, evoking simplistic notions of Mercury Rev or Sufjan Stevens lite grooves and amusements. Check out the tracks below - The Trailer and the Truck being the best cut off the album, The Apart Meant more indicative of the album's tone - and buy a ticket for the gig tonight!