Walking The Road to Agartha Bombed Out Of Your Face... 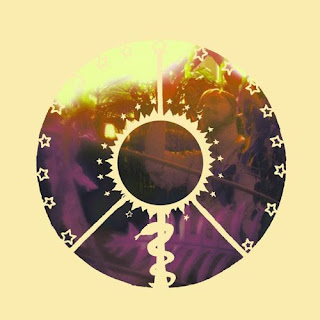 ...which is the only way to describe Herbcraft's psych saturated meanderings. Helmed by Matthew Lajoie, Herbcraft has had a fine ride in blogland, with Raven Sings The Blues and Altered Zones praising latest effort , the cassette Papers, whilst Chocolate Bhobka rates his album Herbcraft Discovers The Bitter Water of Agartha so much its in their best 2010 album releases so far (both releases are out on Woodsist subsidiaries - Fuck It Tapes and Hello Sunshine respectively - which isnt surprising seeing the quality spread Woodsist has been putting out of recent times. Buy both here). The attention is warranted - Papers is a true excursion into desert psych-neverland-peyote overload territory, whilst the LP is a masterclass on how to one-up the glut of drug-fuelled concept albums of yesteryear. Put Herbcraft on, close your eyes, and you may never see the light again. Nor will you want to, or even give a shit either way - this is the music of a isolated neverending garden of delights. You wont ever want to leave...
Herbcraft - The Road to Agartha (from Herbcraft Discovers The Bitter Water of Agartha)
Herbcraft - One Thousand Papers (from Papers)
Posted by Brendan T