It could of been the 70th 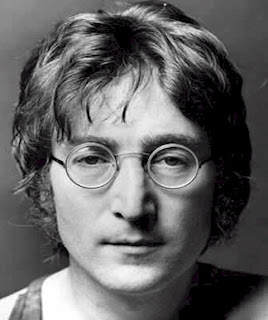 As many of you know, and as I have been kindly reminded by Google's sweetly animated logo, tomorrow, Saturday, would have been John Lennon's 70th birthday. Now I know that this date will be universally hailed and celebrated by mainstream music (I haven't checked but I bet you a pint that BBC Radio 2 will have a special four hour program on the subject, or something similar.) But I'm pretty sure opinions of Mr Lennon's output, as part of some 'beat combo' or his solo materiel will be very divided amongst those of alternative music tastes, e.g those that read this blog. Im just guessing to be honest, but it seems that you're happy to admit your a closet Lennon fan not these days.

But I'll be the first to admit that the man's rather important for alternative music in general. Please feel free to question me to the contrary though. I could go on about how Sgt. Pepper invented the alternative concept album or how Imagine is the perfect, uniting, love and peace affirming pop track, but I won't, there's no need. I'll just post the track I found Out, from the Plastic Ono Band L.P. Now it isn't his most famous solo track, its not even his best from that album, but hopefully it will remind you that the man knew how to write a good jam. Its kind of fitting for a blog I guess, and in my corner it always just kicked ass.

John Lennon - I found Out
Posted by Paul M